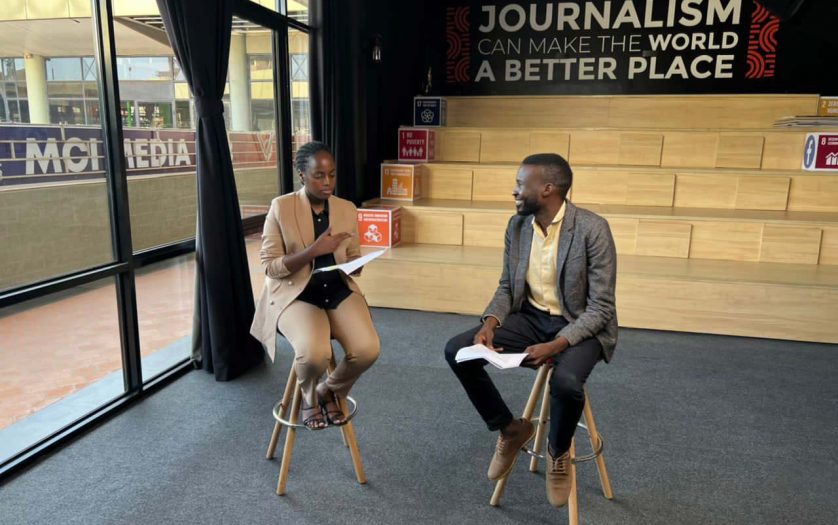 When Susan Mujawa Ananda heard a man with a hearing disability had been shot and wounded in Uganda for breaking a curfew during the pandemic, his family said he knew nothing about it. She resolved to set up an online television channel for people who are deaf or hard of hearing, reports Reuters.

“The reason he was shot … is because he didn’t know what was happening in the country. He didn’t know there was a curfew,” said Ananda, a sign language interpreter.

Late last year, she teamed up with a friend with a hearing disability, Simon Eroku, and after winning a grant, they founded SignsTV, which runs news bulletins for deaf people, delivered by deaf people.

Over a million people in Uganda, out of a total population of about 45 million, have a hearing disability. Most have limited access to TV news due to a lack of sign language services on established channels.

The new station, which made its first broadcast in April and employed eight staff, including four anchors with hearing disabilities, operates from a studio in a Kampala suburb.

For now, SignsTV Uganda produces only one weekly news roundup on Saturdays due to financial, staffing, and technical constraints, but Ananda said it had ambitions to expand its offer. About 800 viewers have watched individual bulletins, and the numbers are growing.