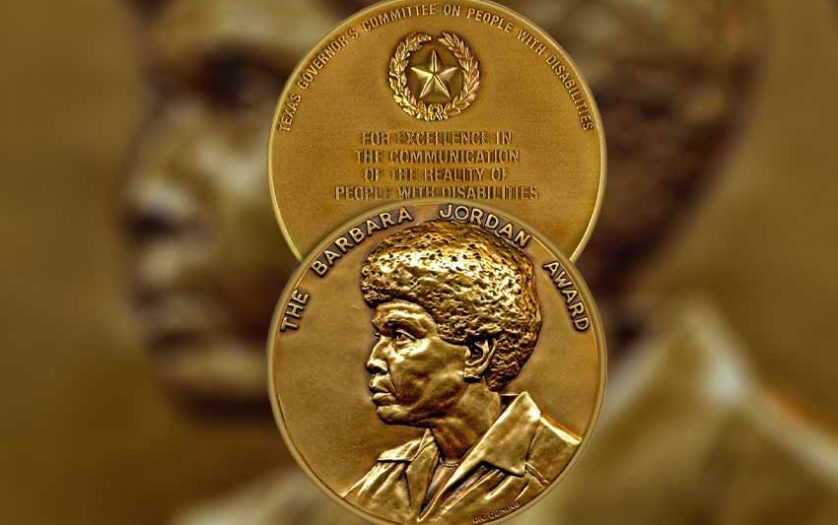 The Governor’s Committee on People with Disabilities (GCPD), in partnership with The University of Texas at Arlington’s Department of Communication and the Disability Studies Minor in the College of Liberal Arts, are now accepting nominations for the 2022 Barbara Jordan Media Awards (BJMA).

These awards seek to spotlight journalists who portray people with disabilities through a positive, person-centered lens. GCPD is accepting nominations for outstanding media content created or published in 2021. The deadline for submissions is February 23rd, 2022.

Each year, GCPD accepts nominations for media professionals and students who have produced media covering the lived experience of people with disabilities. Award-winning works use accurate and positive reporting, respectfully depict people with disabilities, and use people-first language or identity-first language. For a better idea of what this looks like, check out the previous winners listed on GCPD’s website.

Elements in past winning entries include:

Winners are selected by a panel of professional journalists, people with disabilities, and disability studies scholars. Self-nominations are welcome and encouraged in all categories. For more information, visit the BJMA page on the GCPD’s website.

Resource will help reduce prejudice against parents with intellectual disabilities

Access and equity before the law is a fundamental principle…

The U.S. Department of Education announced plans for a first-of-its-kind…