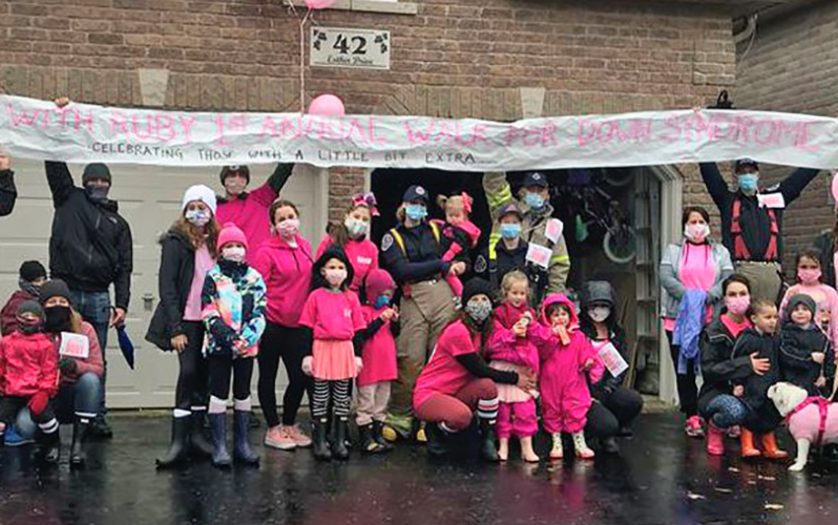 Just under one hundred people participated in the Rockin’ it with Ruby walk in the Township of Springwater in Ontario this past Sunday.

The annual walk, now in its second year, raises money for those with Down syndrome, reported CTV News Barrie.

With $3,000 raised so far, the event had 80 people lace up their shoes and dress in pink to raise money.

Founded by Ashley Cordua, Rockin’ it with Ruby is named after her 2-year-old daughter with Down syndrome.

“This is a huge event for us,” Cordua said. “For families to come out and participate and just raise some awareness and acceptance for our little ones with Down syndrome.”

Cordua created the charity because of what she described as a lack of support for people and families affected by Down syndrome.

“Rockin’ it with Ruby has been put together to raise awareness and funds so we can give back and help all those families that are in need,” Cordua said.

Registered as a non-profit charity, Rockin’ it with Ruby will be offering bursaries for children with Down syndrome and their families beginning in January 2022. The bursaries aim to help families with extracurricular activities or any extra therapies.

The charity has raised approximately of $15,000 since January and has aided a number of families across Ontario. If you would like to know more or donate to their cause, visit their website.

In Arras, France, the country’s first appointed official with Down…

Sophia Tabone is a mother of four “wonderful” boys. She and her…