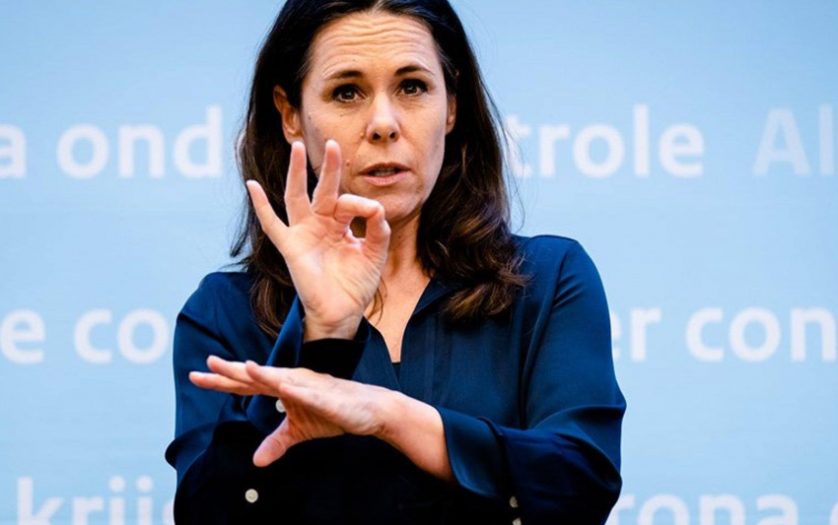 The groundbreaking program will collaborate with radio DJ Igmar Felicia, KRO-NCRV announced and debuts on November 13th on NPO Zapp.

As reported by NL Times, six teams consisting of one child and one celebrity partner will participate in the first broadcast. One person on each team will have a hearing disability, while the other will not. The six teams will compete in tasks, communicating with sign language only.

A team will be eliminated each week. The last remaining team will be crowned champion, claiming the Hands Up Trophy 2021. The broadcaster, KRO-NCRV, hopes Hands Up will build a bridge to connect the hearing disabled community and Dutch society.

Sluis said it is a great honor to work on the program. “It’s so nice to see how enthusiastic, respectful, and interested everyone is, before and behind the scenes,” she said. KRO-NCRV will offer a basic course in sign language online in addition to the program on NPO Zapp.

Interpreting at Cabinet COVID-19 press conferences for the last year and a half thrust Sluis into the popular eye. Her interpretation of the word “hoarding” became a viral sensation – she interpreted the Dutch word for panic buying, “hamsteren” which has its etymological origins in the hoarding behavior associated with hamsters. Sluis’ popularity has increased interest in the sign language interpreter course at the Hogeschool Utrecht.