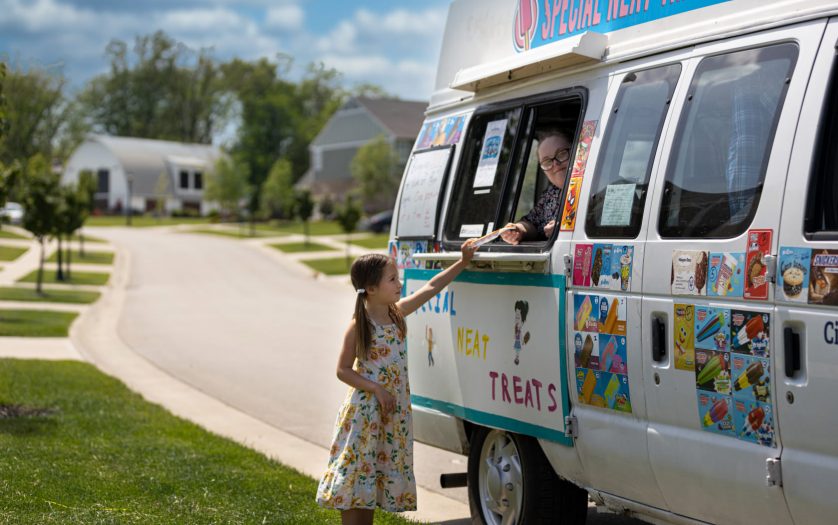 A father of ten worried that two of his children would not be able to find jobs – so he bought an ice cream van and put them to work.

Joel Wegener, of Ohio, bought the ice-cream van for his two children, Josh and Mary Kate, who both have Down syndrome.

The trio drives around the neighborhood to deliver special treats to the residents, showing that people with all levels of ability can be contributing members of the community.

The ice cream van was named “Special Neat Treats” by their mother Freida.

According to news com.au, Freida said the opportunity to work has allowed Josh and Mary Kate to earn a living as well as teach them about the basic necessities of life and business. It has also helped develop their social, financial, and communication skills, she added.

Mary Kate, 21, recently finished a career program for people with disabilities and wanted to work with her father, which gave Joel the idea of the business.

Speaking to WLWT, Joel said the business has “exceeded expectations.”

However, the Wegener family sees it to be much more than business. “It’s much more than selling ice-cream,” more about “experience,” Joel said to Mail Online.

Mary Kate and Josh love seeing kids coming out of their houses, running towards the van to buy their desserts. Joel also shared how grateful he becomes when he meets people who care about children with disabilities. He hopes to buy more vans in the future to help more people with disabilities, he concluded.

Disability rights advocates are angry over the Nursing Council of…

New website launched to promote employment for Australians with disabilities

Houston hairstylist caters to children with disabilities with her mobile service

A Houston hairstylist is taking her skills directly to the…