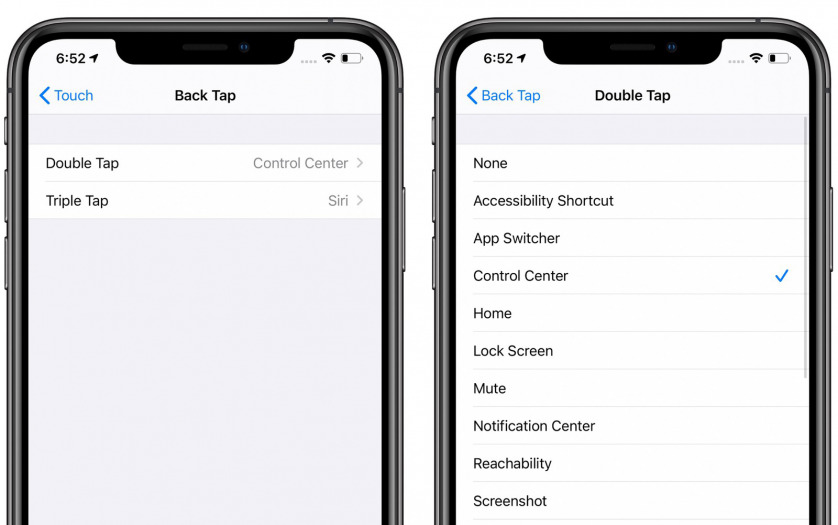 Apple has released iOS14 for developers, which includes an impressive new accessibility feature called “Back Tap” that will allow users to perform various system actions by double-tap or triple-tap on the back of the iPhone.

This new feature, called Back Tap within Settings, can be used to do things like access Control Center, Notification Center, the Lock screen, the Home screen, or the App Switcher, or it can change the volume, mute the ‌iPhone‌, take a screenshot, or access a Shortcut.

It can also set up to work with several Accessibility features like enabling the magnifier or VoiceOver, performing gestures, and even launching Shortcuts.

If you get creative, there is a lot that Back Tap can do. A double-tap can start a playlist on your HomePod, for example, or a triple-tap can launch the Camera app.

To enable this feature on supported iOS 14 devices:

“iOS 14 transforms the most iconic elements of the iPhone experience, starting with the biggest update we’ve ever made to the Home Screen,” said Craig Federighi, Apple Senior Vice President of Software Engineering.

The Community Development Authority in Dubai, CDA, has announced the…