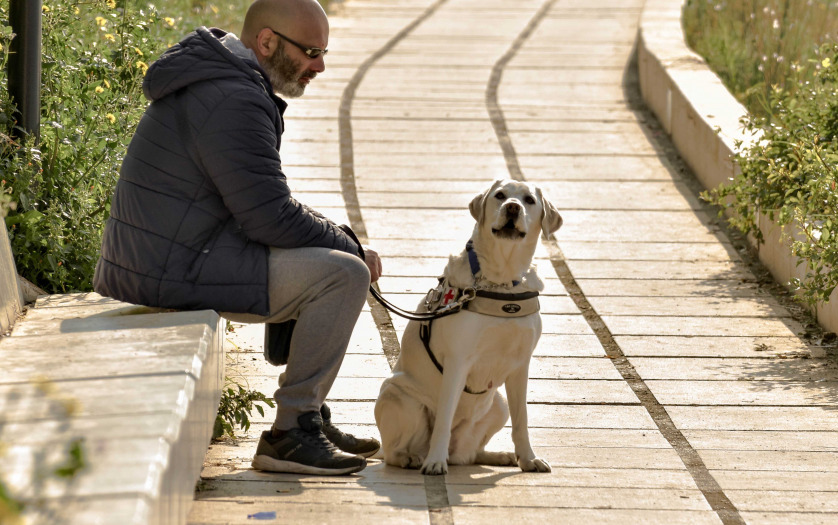 A regional policy and campaigns manager for Guide Dogs shared horrific stories of increasing fear and uncertainty about using trains by people with sight disabilities in Midlands, Birmingham live reports.

A Deaf-Blind man was told to ‘look and listen’ out for announcements on a train platform and left sobbing for 15 minutes when a rail assistant walked away, Guide dogs being trodden on or having suitcases wheeled over them, blind people being pushed off trains or some having to sit on the floor were amongst the  horrors they face.

Alexandra Jones told these stories at a public hearing called by West Midlands Police and Crime Commissioner David Jamieson, looking into the safety of trains.

She was joined by partially sighted David Smith – and his guide dog Darcy – at the three hour meeting on February 21. “One in five people tell us they actively avoid rail journeys because there is so much uncertainty around them now.”Service users in the region are telling us they are having to make changes to their day to day lives including things like considering giving up work, or amending their working hours to avoid the overcrowded trains and the stress associated with cancellations, delays and disruptions.”We’re really concerned about this at Guide Dogs because we already know that unemployment rates for people living with sight loss are really high.