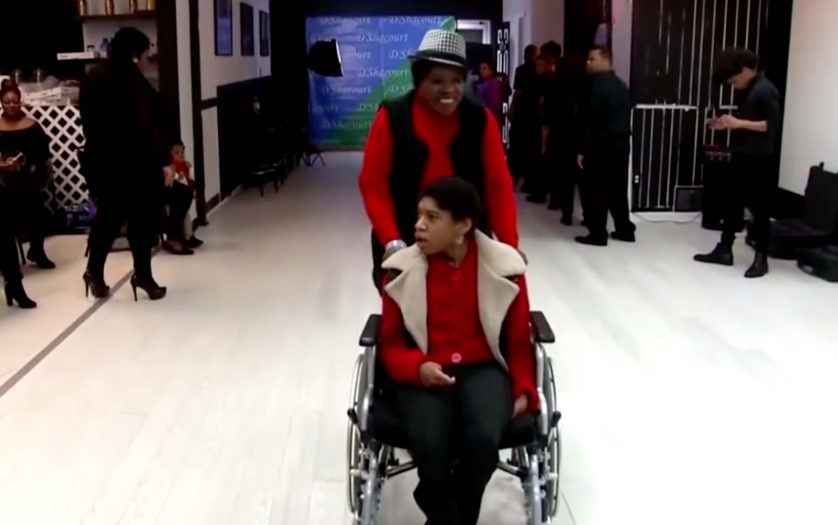 An Evening of fashion and Elegance (AEOFAE), annual Atlanta fashion show production, which intentionally includes models with disabilities along with typical models wearing custom designs, was side-lined for two years due to the pandemic.

Created and produced by Sharon Gary-Dill, owner of Fashion By D’Shacourt Studios, AEOFAE began nearly 10 years ago, as a means of showcasing the sometimes overlooked talent and artistry of Atlanta’s local leading and up and coming designers of color. This included Gary-Dill herself, who is credited as being among the first in Atlanta to regularly include models across the disability in her fashion showcases.

“We were just two days from having An Evening of Fashion and Elegance event before the pandemic hit and the Atlanta City Hall, our preferred venue, closed its doors,” shared Gary-Dill, a 2021 recipient of a Presidential Lifetime Achievement Award from President Biden. “However, I am so excited we have the chance to hold it at City Hall again this year and showcase some of the most talented and award-winning designers in Atlanta, as well the runway talent of some of Atlanta’s models…with and without disabilities and top local performing artists,” she continued.  “I’m also thankful for the team of designers, hair stylists, make-up artists, business owners, etc., who have dedicated their time and talents to making this event a success over the years. In addition, this year we will be honoring a few community leaders and business owners, who have been extremely supportive of my work with An Evening of fashion and Elegance over the years,” said Gary-Dill.

Gary-Dill, who has been managing some serious health issues, says she will also be passing the planning and producing torch of the event to one of her close associates during the fashion show event. Terri Stevens, of Sunny Bee Designs, is also founder/CEO of Face to Face Talent and Modeling Agency and has assisted Gary-Dill over the years with the execution of AEOFAE.

“I am thankful and appreciative that Terri has offered to continue the hard work of planning and executing An Evening of Fashion and Elegance moving forward,” shared Gary-Dill.  “I know she will take it to the next level and is committed to furthering my mission of including people with disabilities in my events and has been a big help to me in the event’s execution over the years,” she said.

The AEOFAE will be hosted by noted Atlanta fashion show commentator and actor, Déjà vu Williams and Judy Echols, a repeat winner of the ATL’s Hottest Fashionista Award. The event will also include vendors, giveaways for attendees and popular Atlanta performers like International Jazz Singer and U.S. State Department Cultural Ambassador, Myrna Clayton; as well as jazz and R&B singers, Susan Tomi Berry and Nella-Joi.  Models with disabilities strut the runway https://www.youtube.com/watch?v=aAJckl6LTE8&t=6s.

The AEOFAE event will be held on Saturday, December 10, starting at 3:00 pm at Atlanta City Hall Atrium, located at 55 Trinity Avenue, Atlanta 30303.