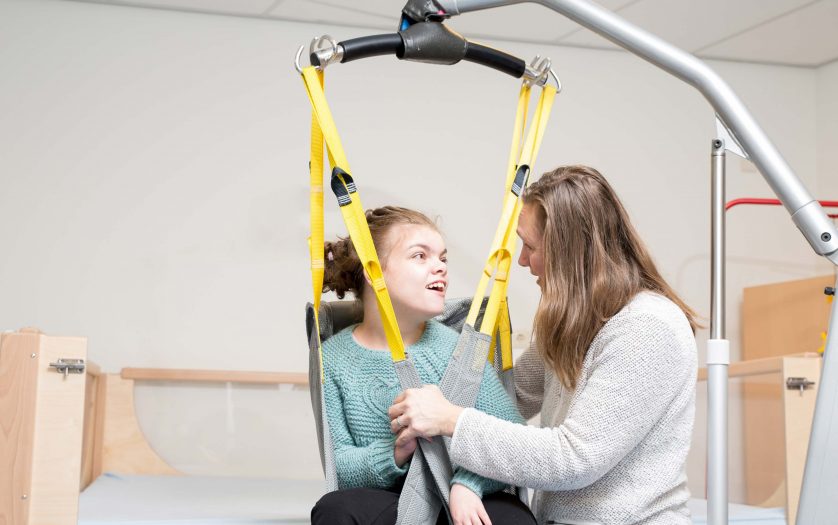 Around 12,000 people become unpaid carers every day in the UK, according to new research from the Centre for Care at the University of Sheffield.

In a year, more than 4.3 million people in the UK become an unpaid carer for an older, disabled or seriously ill relative or friend. Every year, approximately 2.3 million of these new unpaid carers are women, and 2 million are men.

Previous research by Professor Sue Yeandle, Director of the Centre for Care at the University of Sheffield, found that there were believed to be 570,000 unpaid carers in Yorkshire and the Humber alone. Unpaid carers who look after a family member or friend due to long term illness, disability or older age, often do not identify themselves as such, but instead consider themselves to be doing what many people would consider the kind of care a family member would undertake for their loved ones.

Liz Naylor, 70, from Sheffield and a full-time carer for her daughter who has Down’s Syndrome, a heart defect and epilepsy.

She said: “When my daughter was born and probably until she was in her late teens, I saw myself as her mum with additional responsibilities. From adulthood I realised that caring was a lifelong responsibility as we had to do a lot more planning, thinking, organising and looking after than one would normally undertake for adult children.

“The rewards are numerous – my daughter is a happy individual who enjoys her life and it brings us satisfaction to feel that we are helping her to achieve her best life; but the challenges are also numerous.”

An ageing population has growing social care needs and more reliance on unpaid carers, who need to be identified, recognized and supported to ensure they receive the support and services they need from employers, and health and care providers.

Professor Matt Bennett, Deputy Director at the University of Sheffield’s Centre for Care, said: “We describe the transitions in unpaid care over the past decade, and demonstrate that they are not experienced by people equally.

“The changing nature of unpaid care means we need flexible and dynamic policies and practices to identify and support unpaid carers and the diversity of their experiences.

“This research shows how dynamic unpaid care is in the UK. While headline figures often focus on how many unpaid carers we have in society at any one time, we lose sight of the people who become unpaid carers or stop their unpaid caring roles every day.”

Liz added: “Carers do not receive anywhere near the understanding or financial support they should receive, nor the recognition for the service they provide to the people they care for. If carers didn’t do the job, it would cost the authorities many thousands of pounds per year per individual. There should be more overt recognition from Government and Local Authority agencies alongside the financial and external respite support necessary to keep this vital role afloat and cherished.”

Carers UK is now using the research to call for a step change in the way that carers are identified across society to ensure they get the practical or financial support they need. It is also calling for organisations to take part in Carers Rights Day and Carers Week next year (5 June 2023) to help raise awareness of caring.

Carers UK wants to see the NHS routinely and systematically identify unpaid carers and signpost them to support, to improve their health and wellbeing. It is also critical that employers raise awareness of caring, introduce measures which identify carers in their workforce and provide flexibility, to support more carers to continue working.

Helen Walker, Chief Executive of Carers UK, said: “With our ageing population and loved ones with disabilities living longer – coupled with an ever-greater focus on care being provided at home – it is no surprise that millions of people are taking on an unpaid caring role every year.

“Most carers would call themselves a loving partner, parent or child, and do not immediately identify their caring role – meaning many miss out on practical support as a result. Our research shows that 51 per cent of carers took longer than a year to identify themselves as a carer – with some going on to care for many years – decades, even – without support.

“All the evidence shows that having an unpaid caring role means you are more likely to experience poorer health and weaker financial resilience. It is therefore imperative that we have a National Carers Strategy in place, and carers are fast-tracked to the support they need to carry out their caring role by being routinely identified within the NHS, social care settings and by employers.

“Given the cost-of-living crisis, a tight labour market and the pressures on health and social care, there are benefits for every sector in making this happen as well as huge benefits for families themselves.”