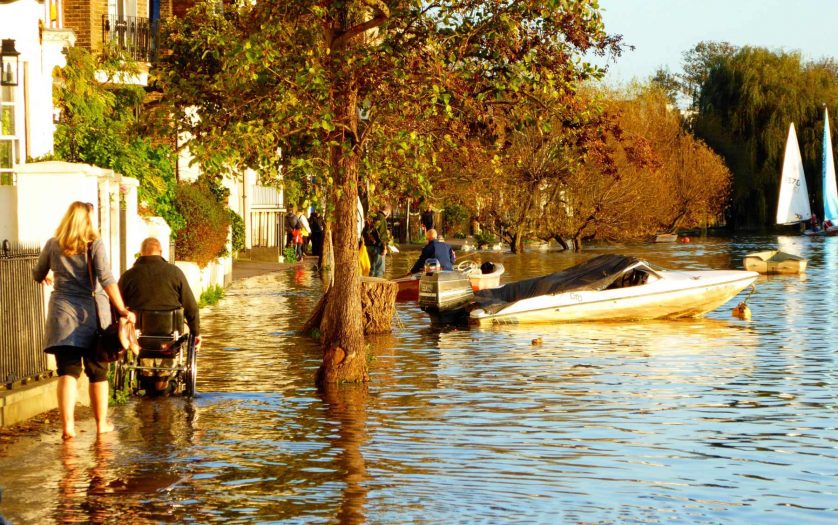 People with disabilities and their carers experienced profound impact and systemic neglect during and after the 2017 Northern Rivers floods, with many still unable to access stable housing, and at relatively high risk of post-traumatic stress disorder (PTSD) six months later, finds a University of Sydney study.

Published in BMJ Open, researchers surveyed and documented the experiences of over 250 people either with disability or carers affected by the 2017 Northern Rivers flood event.

The study is one of the few Australian studies reporting on how people living with disability and carers are affected by disasters. The findings could help inform recovery efforts for the 2022 Eastern Australia floods.

Analysis found the flood event compounded existing physical and mental health issues and people with disability and carers were more severely affected by the flood event.

People with disability and their carers were twice as likely to have their homes flooded, as housing in flood prone areas is generally more affordable.

They were also four times more likely to be displaced, with a lack of access to safe long or short- term housing for more than six months.

Six months after the flood, many people with disability or carers were either highly distressed or twice or three times the odds of probable PTSD.

“The severity and frequency of floods are likely to increase – attention to the public health consequences of extreme weather events is urgently needed, especially for people with disability and carers,” said lead author Dr Jodie Bailie from the University of Sydney Centre for Rural Health, Faculty of Medicine and Health.

“Carers play a vital role in providing support for people with disability and yet their experiences during disasters and its impact have received very limited attention.”

The researchers say there is a risk of history repeating itself among flood affected communities from the 2022 Eastern Australia floods.

The study also revealed people with disability and carers often felt they were left to fend for themselves during and after the flood event. This included access to financial disaster relief, healthcare or social services. Long-term isolation and disruption to usual support networks also contributed to long-term mental health impacts and distress.

One of the greatest challenges was how evacuation information was issued, often failing to take into account the needs of people with disability.

One participant said deaf people were given oral directions that were not accompanied by sign language, and some reported not being able to hear warning sirens. These communication barriers affected how quickly people responded to the need to evacuate.

A lack of affordable accommodation for displaced people with disability and carers, which resulted in them living in unsafe accommodation which often had mould or structural damage.

“Nobody should be left behind during emergencies and disasters,” said co-author Associate Professor Michelle Villeneuve.

“This study shows more than ever, people with disability and carers need to be equal partners when designing impactful policy and resources that truly benefit them. Only then can real development and change occur.”

The team also monitors the update of these tools in practice and measures the impact on the health and wellbeing of people with disability and carers during disasters.

‘This research provides important evidence of the need for additional and ongoing support for people with disability and their carers affected by severe weather events. Carers NSW is pleased to be a part of this critical work.’

Persons with disabilities to share their vision for an inclusive Australia

The Disability Royal Commission is holding a five-day public hearing…