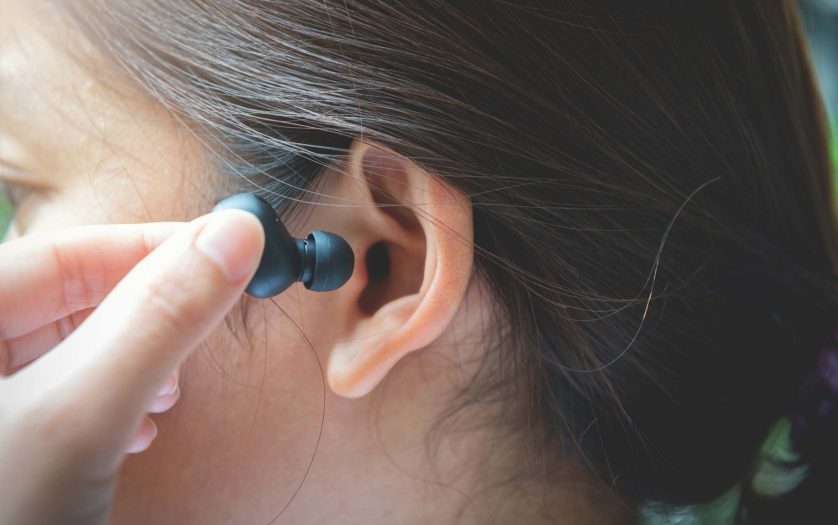 New University at Buffalo-led research shows how earbuds may soon be able to detect common ear infections and other ailments.

A study published in June by the Association for Computing Machinery (ACM) describes what the research team is calling EarHealth.

The system pairs Bluetooth earbuds with a smartphone that’s equipped with a deep learning platform. (Deep learning is a type of machine learning, which itself is a form of artificial intelligence.)

EarHealth works by sending a chirp through the earbuds of a healthy user. It records how the chirp reverberates throughout the ear canals, creating a profile of each user’s unique inner ear geometry.

Subsequent chirps – for example, a user might set the system for once daily testing – monitor each ear for three conditions that alter the ear canal’s geometry. These conditions are earwax blockage, ruptured ear drums and otitis media, a common ear infection.

Each condition has a unique audio signature that the deep learning system can detect with fairly accurate results.

The researchers reported EarHealth achieved an accuracy of 82.6% in 92 users, including 27 healthy subjects, 22 patients with a ruptured eardrum, 25 patients with otitis media, and 18 patients with earwax blockage.

“With people worldwide are living longer, and the prevalence of headphones, it is more important than ever to monitor one’s ear health,” says lead author Zhanpeng Jin, PhD, associate professor in the Department of Computer Science and Engineering in the University at Buffalo School of Engineering and Applied Sciences.

“With EarHealth, we have developed what we believe is the first-ever earbud-based system that monitors ear health conditions in an effective, affordable and user-friendly way,” he adds. “Because it has the potential to detect these conditions very early, it could greatly improve health outcomes for many people.”

The study was supported by the U.S. National Science Foundation and it was presented in June at the ACM’s International Conference on Mobile Systems, Applications, and Services (MobiSys) in Portland, Oregon.

Yincheng Jin, a PhD candidate at the University at Buffalo, is the study’s first author.