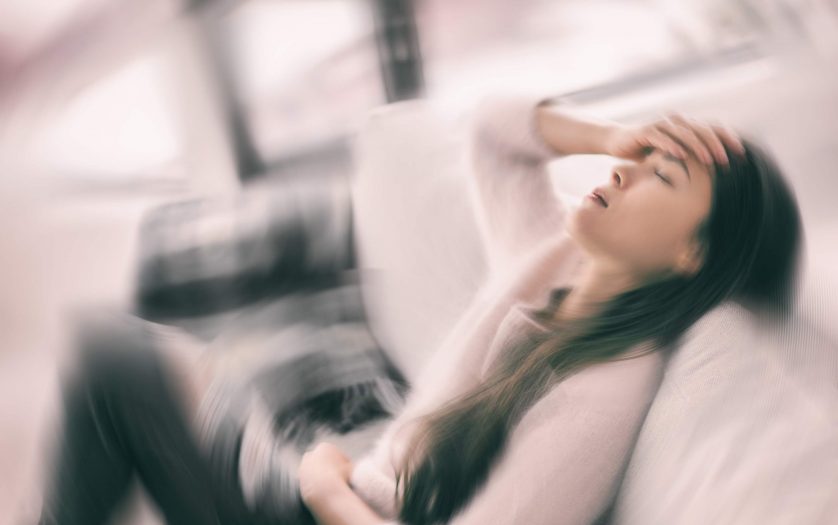 Moreover, the innovative treatment, Cognitive Behavioral Therapy for Headache (CBTH), was appealing to patients, showing low drop-out rates, and is easy for therapists to learn and deliver, increasing its potential to be broadly disseminated and to improve the lives of hundreds of thousands of service members and veterans.

Those findings were reported today in JAMA Neurology by a team of investigators led by Don McGeary, PhD, of The University of Texas Health Science Center at San Antonio (UT Health San Antonio). Their effort was part of the work of the Consortium to Alleviate PTSD, a group jointly funded by the Departments of Defense and Veterans Affairs.

Both TBI and PTSD are signature wounds of post-9/11 military conflicts, and the two conditions commonly occur together. Post-traumatic headaches, or headaches that develop or worsen following a head or neck injury, become chronic and debilitating in a large percentage of those who experience a TBI such as a concussion, inhibiting their ability to engage in the activities of daily life. When PTSD is co-occurring, it can worsen the headaches and make them more difficult to treat.

Effective treatments exist for PTSD but not for post-traumatic headache, which along with TBI, scientists are still working to understand. Migraine medications commonly used to alleviate the headache pain do not relieve related disability. They also often have unwanted side effects, and their overuse can worsen headaches.

Dr. McGeary explained current theory that PTSD may be a “driver” of post-traumatic headache and the disability it causes. So the research team wanted both to study the interaction of the conditions and their treatment and to find a therapy effective for both.

Dr. McGeary and his colleagues developed CBTH by modifying a psychotherapy for migraine headaches. In this study, they evaluated its efficacy with co-occurring post-traumatic headache and PTSD symptoms.

The study was conducted at the Polytrauma Rehabilitation Center of the South Texas Veterans Health Care System. Participants had clinically significant PTSD symptoms and headaches persisting more than three months following a TBI. They were randomly assigned to receive either CBTH, a leading PTSD treatment called Cognitive Processing Therapy (CPT), or the usual care provided at the VA Polytrauma Center.

CBTH, which uses cognitive behavioral therapy concepts to reduce headache disability and improve mood, includes key components such as relaxation, setting goals for activities patients want to resume, and planning for those situations.

CPT is a leading psychotherapy for PTSD that teaches patients how to evaluate and change upsetting and maladaptive thoughts related to their trauma, with the idea that, by changing your thoughts, you can change the way you feel.

Treatment as usual at the VA Polytrauma Center is a high standard of care that can include injections, physical and occupational therapies, pain medications, acupuncture and massage, and long-term medical care.

What researchers found at the end of treatment was that, compared to usual care, those receiving CBTH reported significant reductions in disability and in negative impact on function and quality of daily life. They also showed improvement in PTSD symptoms comparable to the group that received CPT. All of these treatment gains were maintained six months after treatment completion.

CPT, on the other hand, led to significant and lasting improvements in PTSD symptoms, but on its own did not improve headache disability. “This was a surprise,” said Dr. McGeary. “If theories about PTSD driving post-traumatic headache are correct, you’d expect CPT to help both PTSD and headache. Our findings call that into question.”

Interestingly, CBTH did not reduce headache intensity or frequency compared to usual care. Dr. McGeary said its dramatic reductions on negative life impact are likely due to its building patients’ confidence that they could control or manage their headaches, a concept known as “self-efficacy.” That sense of control was key to helping patients “get their lives back,” he said.

“If you can improve a person’s belief that they can control their headache, they function better,” Dr. McGeary said. “That’s because, when dealing with a long-term, disabling pain condition, people make decisions about whether they’re going to actively engage in any kind of activity, especially if the activity exacerbates the pain condition. They make those decisions based on their perceptions of their ability to handle their pain.”

Dr. McGeary believes the planning component of CBTH is key to improving those perceptions. He said, “There’s a big difference between saying ‘I’ve got to go to this party. What am I going to do?’, versus ‘OK, I have a plan for this. I’m going to bring my sunglasses to block bright light. I’ll bring a cold compress. I’ll step away if the noise becomes too much.’ Forming plans helps individuals feel like they have improved their self-efficacy when it comes to managing their headaches.”

Regarding relief of PTSD symptoms, Dr. McGeary said it’s surprising that CBTH and CPT were comparable. He believes CBTH was more appealing to patients, so fewer dropped out and more received a full dose of treatment. CBTH requires fewer and shorter therapy sessions-;typically eight sessions of 30-45 minutes each. CPT is a more challenging therapy and typically involves 12 sessions lasting 60-90 minutes each.

Another benefit of CBTH is that it requires only two hours to train clinicians to deliver the therapy, compared to CPT, a complex treatment that requires significant training and acquired skill. That would make it relatively easy to increase the number of therapists available to treat veterans with post-traumatic headache and ease caseloads at clinics.

Following up on this success with veterans in San Antonio, Dr. McGeary and colleagues are looking to replicate their findings in a more diverse sample. As part of a new study affiliated with the STRONG STAR Consortium, they will test the robustness of CBTH in a larger trial at multiple military and VA sites around the United States.