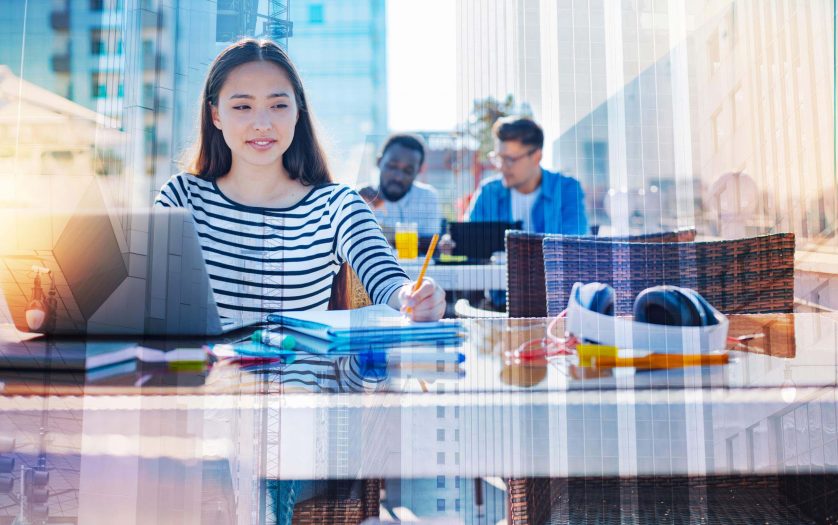 A Cornell College student’s summer research has led to a new course on disability studies–and she got to take the course too.

“This class was inspired by a student, Krista Luttkus, who I did CSRI with last summer,” Hoklotubbe said. “I think that’s what’s really fun about this. It’s one of the first classes that has developed from CSRI.”

Luttkus, a sociology and economics double major from Colorado, researched how people interpret stories about disabilities within the Bible with Hoklotubbe during the summer of 2021. Part of that work also included creating a class to better inform the Cornell community about disability studies, which is a course that came to fruition during this past spring semester.

“I had a blast seeing the behind-the-scenes work of creating a class and also getting to include my collected knowledge of the disability community into a class to educate,” Luttkus said. “Professor Hoklotubbe was super friendly and helpful but also valued my lived knowledge of the disability community. Although he is a religion professor, he has experience with the disabled community, so he knew that there was something missing on this campus, and having someone else who supported my goal of more disability visibility was really validating and helpful!”

Hoklotubbe said many students who took the course shared their own journeys navigating life with their respective physical disabilities and neurological divergences. He enjoyed watching students see themselves within the broader story of life and human culture.

“I hope they were inspired through their own curiosity to dig deeper into their story and stories that are like theirs in order to craft new kinds of questions or new avenues for exploration,” Hoklotubbe said.

The class covered a wide variety of topics, starting with the past and moving to the present. They discussed topics such as Plato’s account of physical differences to the Civil War when Americans began to push for more care for those with disabilities, especially as soldiers returned from battle. The second half of the class focused on lived experiences and modern stories. Students read “Waist High in the World,” by  Nancy Mairs who describes her experiences living with Multiple Sclerosis.

“One of my favorite parts of the course was the Mairs book because it made everything hit home for me about people with their disabilities and their struggles,” said Alex Gillaspie, a senior who graduated in May with a B.S.S. in Education and Communication Studies. “Even though I live with one, it’s interesting to hear someone else talk about theirs. It’s like–yes we struggle, but we overcome and find ways around our issues, we find ways around our disabilities and we can be just as capable as anyone else without disabilities.”

Gillaspie, a student who is blind, plans to continue his education after graduation and become a teacher for blind and visually impaired students, helping others to read braille and cane travel. He hopes to see more classes on this topic developed at Cornell.

Luttkus also wants to see more representation of disabled populations in social science classes. She plans to continue studying at Cornell to follow her dreams of working within the nonprofit field or with people with disabilities. She’s passionate about the field because she has two sisters with autism and says she’s neurodiverse herself. She’s long been an advocate for those with disabilities and plans to continue her work to make a difference at Cornell and in her community throughout her future career.

“I think she has such a wonderful story of the kind of opportunities this college can provide for those who want to take advantage of it,” Hoklotubbe said. “From the beginning, she wanted to do something with social work. She took a First-year Seminar with a religious studies professor and said, ‘Hey, you know I didn’t know I had permission to study religion and think about my own spirituality at college–I’d like to do this, but I’m also interested in disabilities. I’d like to do them together.’ I said, ‘Let’s develop a CSRI project together!’”