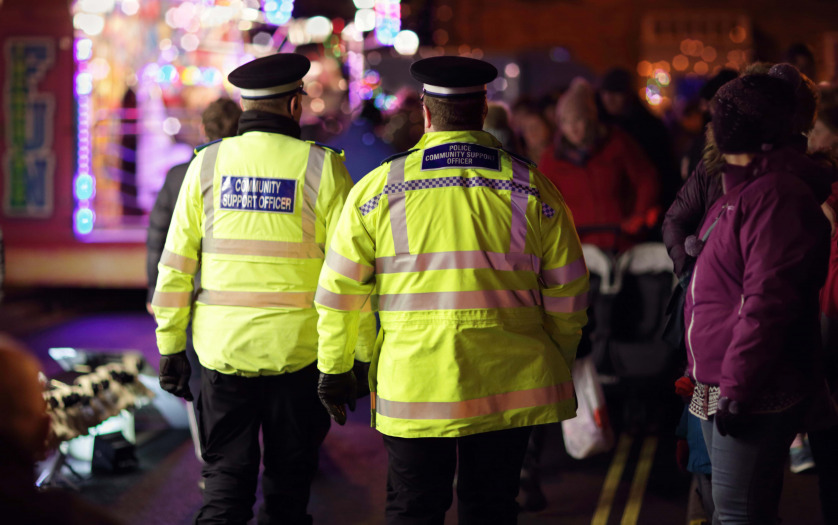 Inadequate training has been blamed for a lack of confidence among police officers dealing with hate crimes targeted at people with disabilities.

A new report from the University of Portsmouth calls for a more immersive training environment to provide better  understanding of how to help disabled victims, as opposed to the “PowerPoint-heavy” and e-learning training packages that characterise many courses taken by police officers.

The small-scale study by the University’s School of Criminology and Criminal Justice found some police officers reporting feelings of nervousness and intimidation when dealing with people with learning disabilities. Despite a desire “to get it right”, there is concern among rank and file officers that they do not have the confidence or experience.

Study author Dr Jemma Tyson, Senior Lecturer in Criminology, said: “The findings suggest that immersive police training is needed for police officers interviewing people with learning disabilities. Interacting with people who have a disability such as autism, needs specialist training – it is not something that can be learned from a powerpoint presentation. A collaborative approach would allow for officers to engage with people with learning disabilities and hear first-hand accounts of their experiences, rather than through the voice of someone else – such as a police trainer.”

“The findings suggest that immersive police training is needed for police officers interviewing people with learning disabilities. Interacting with people who have a disability such as autism, needs specialist training – it is not something that can be learned from a powerpoint presentation.” said Dr Jemma Tyson, Senior Lecturer in Criminology

The research, which was carried out over a two-year period, overwhelmingly shows a desire by police officers for better training when dealing with disabled interviewees. To reach conclusions,  a total of 230 hours observing day-to-day policing, 10 semi-structured interviews with police officers and four focus groups with individuals with learning disabilities were completed.

The criticism about the use of e-learning and passive learning environments was clear from a critical comment given by one interviewee:

“They’re not interactive e-learning, they are PowerPoint slides that you have to click on. The quality of delivered training, where you attend and sit in front of someone, is repetitive. It has not really moved on in the time I’ve been going, you still sit back and listen, every now and again you’ll get given one bit of paper and told to go out in groups and write down something, and then you come back everyone falls asleep while everyone else presents.”

The lack of training on hate crime against disabled people was discussed in seven of the ten interviews. Within five of these, suggestions were made on how the training could be more useful and personal. One police officer said:

“It needs to be more impactful, we need to get some of our victims of crime in. We need to get some learning from where things have gone wrong and  contextualise it rather than spout out another bit of legislation – this person was a victim of crime and take them through their journey and how they felt they were dealt with.”

Another commented: “I find it really intimidating, and I do not know if I should say that, but I find people with disabilities quite intimidating, because they’re unpredictable.”

“It is clear that there is much to be gained by police organisations in recognising how the impact of attitudes and behaviours can affect the trust and confidence that people with learning disabilities have in the police.” said Dr Jemma Tyson, Senior Lecturer in Criminology

The study, published in Policing: An International Journal, also explored the factors that hinder or help police officers when they engage with individuals with learning disabilities.

This research demonstrates the role police training can have in helping to address some of the issues identified by the respondents. In England, it is normal for police training to be delivered ‘in-house’ by the police themselves. That means it is somewhat general in its approach, and even if there are occasional inputs of a specialist nature they are still delivered by police officers.

Researchers found it is not common practice for outsiders to be asked to collaborate on training, resulting in only a few instances where people with learning difficulties are actually involved in helping to broaden understanding. Dr Tyson said: “The findings of this paper tie in with the painful learning from high-profile criminal justice failures that have occurred within England and Wales in recent times, namely the murder of Stephen Lawrence and the deaths of Fiona Pilkington and Francesca Hardwick. These tragic cases highlighted the importance of the police acting in accordance with the needs of those they engage with.

“It is clear that there is much to be gained by police organisations in recognising how the impact of attitudes and behaviours can affect the trust and confidence that people with learning disabilities have in the police. It is important that police officers are aware of how their demeanour can influence an interaction in ways that they may previously have not recognised or considered.”