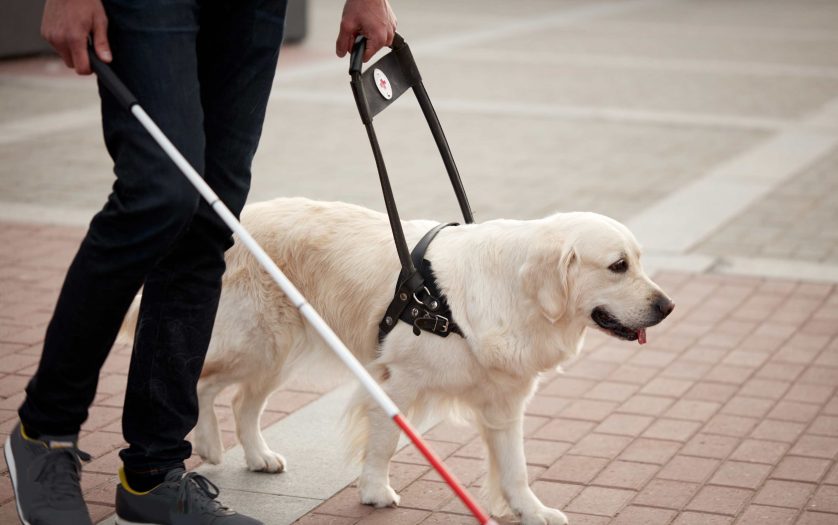 Research by international development organisation Sightsavers, University of Ilorin, and the Kogi State Ministry of Health, in Nigeria has revealed links between vision disability and poor mental health.

The study, published in the Royal Society of Tropical Medicine and Hygiene’s (RSTMH) International Health Journal, estimates that blind people aged 50 years and over are nearly four times as likely to have self-reported symptoms of anxiety and / or depression than those with no vision impairment. Individuals with severe vision impairment are almost three times as likely, and those with moderate visual disability twice as likely to report having mental health issues.

Globally, at least 2.2 billion people have a visual disability, yet little is understood about connections between eye health and mental health, particularly in low- to middle-income countries, where impacts of vision loss are exacerbated by poverty and difficulties accessing health services.

The study, supported by the UK Foreign, Commonwealth & Development Office, used a statistical model, vision disability assessment data and Washington Group anxiety and depression-related questions, to estimate association between vision disability and self-reported anxiety and / or depression of nearly 4,000 adults in Kogi State. It calls for more research to be done into the relationship between mental health and vision impairment, so they can be effectively addressed through appropriate strategies incorporated during design of eye health programmes.

Selben Penzin, Senior Programme Manager – Eye Health at Sightsavers, commented: “The research highlights that there’s a substantial mental health burden among people with vision disabilities and that eye health shouldn’t be considered in a silo; vision plays a critical role in overall health and wellbeing.

“It’s important for governments and organisations to be aware that people with vision disabilities may be more likely to have additional mental health needs and design health services to be sensitive to this. Improving vision through targeted policies and integration of inclusive eye health services into national health and education systems will improve independence, productivity, and wellbeing.

“Findings also show the need for further research to understand the knock-on effects of sight loss on mental health, and collaboration between governments and organisations across the world to address the issues.”

The study also notes that the relationship between mental health and vision disabilities varies by age and gender. The probability of self-reported symptoms of anxiety and / or depression is estimated to be more than four times higher among men with severe visual disabilities or blindness and more likely as men age, compared to women with the same levels of vision loss. Social and cultural norms, differences in gender roles and coping styles may account for the gender difference; men are often more economically active than women in Nigeria and may feel greater impact from visual impairment.

Previous studies suggest factors contributing to the association between vision impairment and poor mental health include the impact vision loss can have on independence, isolation, poverty and employment opportunities.

The eye health issue of RSTMH’s International Health Journal, which this study features in, was published to highlight the important role international development organisations have in generating evidence to address the root causes of eye health, supporting governments to integrate eye health into national health systems, and advancing accessible eye care for everyone.