One in three women abused online in a work context 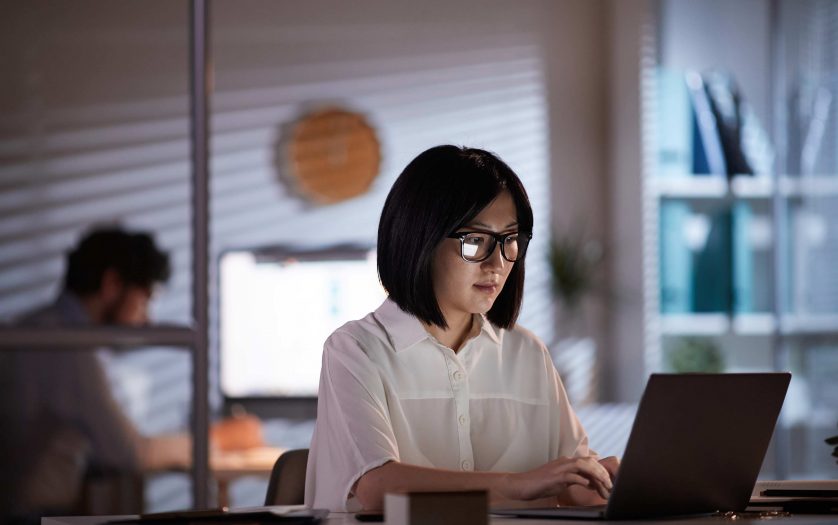 One in three women experience online abuse in their working lives and it can have devastating consequences for their careers, according to research commissioned by Australia’s eSafety Commissioner.

The report, Women in the Spotlight: Women’s experiences with online abuse in their working lives, explores the experiences of women who have a strong online or media presence for professional purposes and is being released ahead of International Women’s Day 2022.

eSafety Commissioner Julie Inman Grant said it was troubling that 35 per cent of the women surveyed experienced some form of online abuse in a professional context, with this incidence higher among younger women (43 per cent), women with disability (57 per cent) and those who identified as LGBTIQ+ (51 per cent).

“Women felt most of the online vitriol they received was gendered with the perpetrators focusing on their gender, their physical appearance and their role as a working mother. Women were also targeted with online abuse over their age, race, sexual orientation, having a disability or taking a stand on an issue,” Ms Inman Grant said.

“Online abuse can be devastating with women in the study experiencing severe impacts on their mental health, loss of confidence in their ability to do their job, concerns for their safety and the safety of their families, and of reputational damage,” Ms Inman Grant said

“When abuse takes such a high emotional toll, it is no wonder that nearly a quarter of the women abused online said they were reluctant to move into leadership positions that would require them to be in the media or online. This reticence to take on leadership roles was almost doubled for women with disability.

“About 22 per cent of women who experienced online abuse temporarily halted online activity in the work context, whilst nine per cent avoided inflammatory issues and topics, and five per cent left the job or industry they worked in.”

Ms Inman Grant said about half of the women who experienced online abuse said that the abuse is perpetrated by strangers, typically through unwanted private messages and negative comments.

“It’s also alarming that for 40 per cent of women abused online, the abuse comes from a woman’s work or from her professional circles. In some cases, abusers known to women can have a greater focus on attacking their reputation and professional standing,” Ms Inman Grant said.

“The research found that women are more scared, hurt or confused when they knew the abuser. One woman we interviewed described having to make small talk with someone at an industry event that she suspected of being a perpetrator of her online abuse.

“The women interviewed believed that professional women are more likely to be attacked for ambition or stepping outside traditional gender roles – and that men would not be attacked in quite the same way.”

Ms Inman Grant said the professional impact of online abuse should be a wake-up call to employers and online platforms to do more to prevent abuse as well as provide workplace support and resources to those who experience it.

“This study has revealed that many women simply ignored the abuse, believed online abuse is part of the professional landscape and feel there is limited recourse available to them. They also feel dismissed when seeking help from their employers, online platforms or law enforcement,” Ms Inman Grant said.

“If employers expect women to have an online presence and social media companies want women to use their platforms, then it’s vital that prevention measures are put in place and tools and resources are available so women can continue to voice their opinions, seek high-profile positions, and promote their businesses or services on social media – all of which help them succeed professionally in the modern world.

“At eSafety, 75 per cent of reports we receive about online harms come from women and girls, and we work every day to remove abusive online material and educate and empower women through our free educational programs and resources.

“eSafety’s world-first Adult Cyber Abuse Scheme came into effect earlier this year and is finally giving Australian adults who are the victims of seriously harmful online abuse somewhere to turn when the platforms fail to act.”

On International Women’s Day, the Minister for the Prevention of…

Poor diet may contribute to health risks for women with disabilities

Women between the ages of 18-44 who reported having some…

The Palaszczuk Government has launched a new range of information…

The United Nations Entity for Gender Equality and the Empowerment…