Charity says braille is ‘as vital as ever’, despite advances of new technology 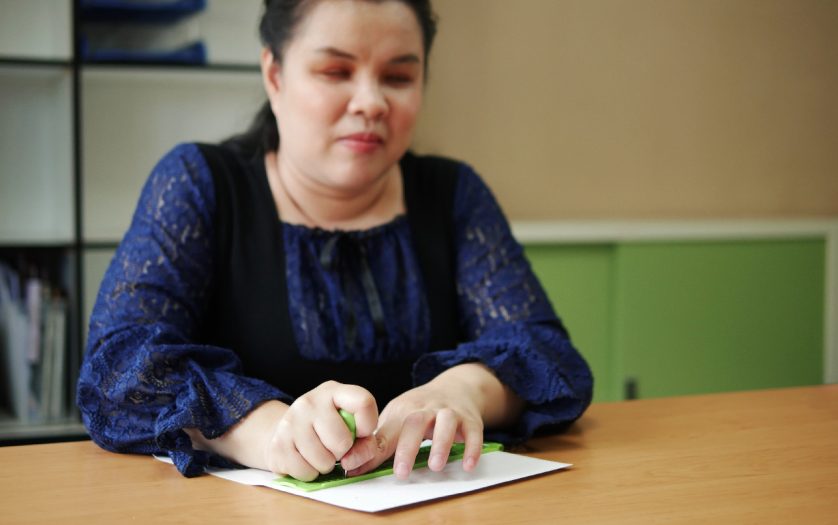 Scotland’s leading sight loss charity says Braille, the system of raised dots that has enabled blind people to read and write, is as vital as ever, despite the advances of new technology.

The Royal National Institute of Blind People (RNIB) is campaigning to keep the system of raised dots that has enabled blind people to read and write – “alive”.

Today marks the anniversary of the birth of its inventor Louis Braille (1809-52), the Frenchman who himself became blind at the age of four.

“Louis Braille enabled people with sight loss to actively engage with the world again,” said James Adams, director of the national charity RNIB Scotland. “The invention of braille is often compared to the invention of the printing press for sighted people. For thousands across the world, braille means independence, knowledge and freedom.”

The braille system is based on variations of six dots, arranged in two columns of three. Variations of the six dots represent the letters of the alphabet, punctuation and groups of letters. There are 63 combinations of these six dots. Beginners mainly start with braille that represents each letter as one ‘cell’. But more experienced users read and write a shorthand form where groups of letters are combined into a single cell.

Despite new technology such as audio-files and speech-reading software, young people with sight loss are just as eager to learn braille as older users.

“I started learning to use braille when I was two because it was much more beneficial to me than to use print,” says Rosie Murray (17) from Motherwell, who has the sight loss conditions Leber’s, amaurosis, photo-phobia and nystagmus. “I use braille mainly to complete my school work.

“I love braille and find it really easy to use. I don’t know what I would do without it. I can read and write braille. For me, there are some things that braille will always be better for. For example, doing school work.”

Ken Reid (62) from North Berwick began to lose his sight in his twenties. “Braille is the nearest thing to sighted reading available to blind and partially sighted people,” he says. “We’re not dependent on the intermediary of a narrator to get a flavour of a book. Any characters and nuances of plot will be influenced only by our own interpretation.

“I do absolutely hope that braille will continue to be used. Braille is part of the armoury that enables people with sight loss to lead interesting and fulfilling lives. And recent developments in electronic, refreshable braille means that it has become much more affordable, portable and inclusive.”

Braille also lets you read out loud – a bedtime story to children, a presentation at work, sing in a choir from braille music sheets, or play games such as Monopoly, Scrabble and cards where there are braille versions available.

Modern braille-writing equipment can connect seamlessly with personal computers and mobile devices like tablets and smartphones, while text-reading software can vocalise back to you what you’ve inputted. “Dots, letters, numbers – it’s all just input information to a computer,” says Mr Adams.