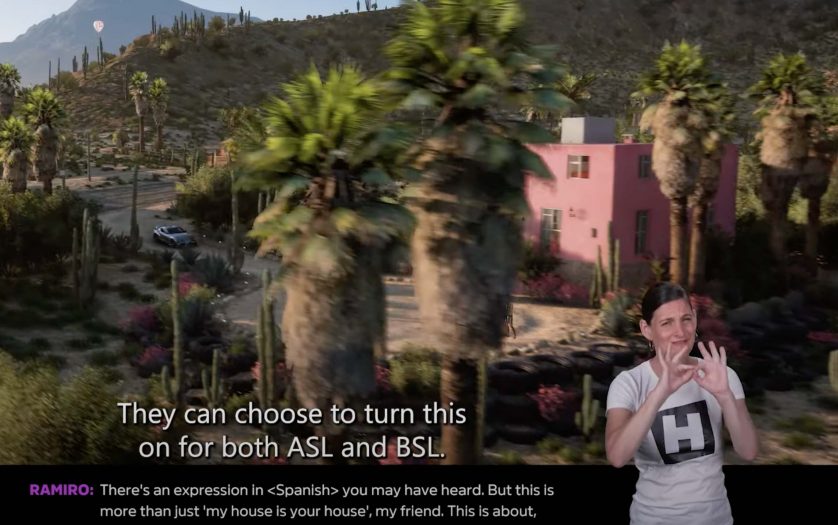 Forza Horizon 5 will soon be the first major video game to offer the option of a sign language interpreter for cut-scenes, reported Video Games Chronicle.

In a blog post on the official Xbox Wire news feed, Playground Games creative director Mike Brown said his team worked in partnership with both Xbox and the disability community to incorporate a large scope of accessibility features in the game.

The majority of these accessibility options will be fully functional at launch, and “coming soon” will be the choice of triggering a picture-in-picture display of a sign language interpreter.

Players will choose between American Sign Language (ASL) or British Sign Language (BSL) interpreters, who will appear any time an in-game cinematic plays.

Brown also listed the accessibility features that will be available in the game at launch, including:

This is the latest effort by Xbox to better incorporate accessibility options in both its games and its console ecosystem.

Last month, it was announced that Xbox is adding accessibility tags to its digital store, to help players with disabilities tell whether a game is suitable for them.

Each list will consist of a selection of 20 tags, each corresponding to specific accessibility features. According to an Xbox blog post, these features, based on user research,  are what players commonly requested, and include:

In order to qualify as an accessible game, developers will have to meet specific standards to have each tag applied, ie., for a game to earn the ‘subtitle options’ tag, its subtitles must be a specified size, and also need to have an option to increase their size by up to 200%.

The Technical Education and Skills Development Authority (TESDA) has launched…

Social robotics can help us move towards a more inclusive society

A team of designers, psychologists, audio consultants and robotics specialists…