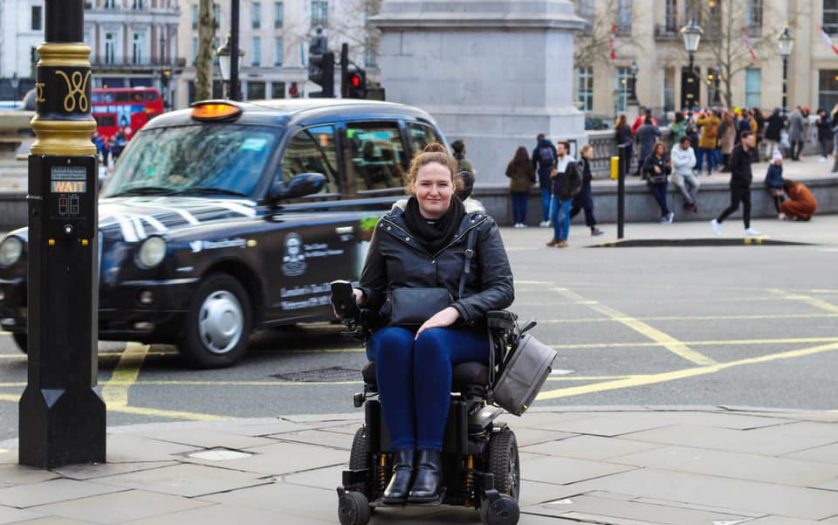 Shona Cobb, 25 from Hertfordshire, who uses a wheelchair, said she was met with indifference from staff when she was left stranded at the St Pancras station.

Cobb was returning home from visiting her friend in Reading on October 9, when she was stoppedmid-trip due to broken elevators at St Pancras.  She said she was left ‘tearful’ as staff members reportedly disregarded her concerns, asking, ‘What do you want me to do about it?’

She told MyLondon that Network Rail staff simply shrugged off her predicament, bringing her to tears, “They just kept saying to me, ‘What do you want me to do?’”.

She explained, “There was absolutely no sympathy from them at all, which is really unusual for St Pancras because I usually have such a good experience with staff there, they’re really understanding.

“You know, they know me. They know the difficulties I face in trying to travel. But these people I spoke to – there was just absolutely no sympathy or empathy at all.”

Cobb, a freelance writer and photographer, does a lot of work around disability in theatre, and often travels into London to the West End.

This certainly isn’t the first time her journey has been delayed. She explained, “The lifts for the Thameslink platforms at St. Pancras have been breaking down on a regular basis for as long as I’ve been using this station.

“I’m talking about three/four years now. I think this last one had broken down twice in the space of a week.”

When the elevator is broken, Cobb is usually given two alternatives – to take the Tube to Farringdon for the Thameslink or get a taxi.

This time, however, the wait for a taxi was about an hour. Cobb was left feeling ‘anxious’ and ‘sick’ as Farringdon is a station she tries to steer clear of, after a previous experience left her stranded there.

Last time she used Farringdon station, she was unable to depart the train because of a large gap between it and the platform.  She was forced to wedge her wheelchair in between the doors until someone could assist her.

Cobb said, “They gave me the options and I was like, ‘It’s not good enough.’

“You know, this happens so often, and I was trying to explain that the Tube journey to Farringdon is not as straightforward as it seems.”

Train rides can come with a great deal of stress for Cobb and other wheelchair users, as accessibility is largely dependent on travel conditions and rail staff on the day.

She explained, “If everything goes right, my journey is like everyone else’s, and I go about my day without any anxiety or anything like that.

“But when things go wrong, they tend to go badly wrong. It’s not little things, it’s getting stranded on a train, it’s assistance not arriving, it’s having to press the emergency button on a train or tube so that someone will come and get you off.”

She eventually was able to get the tube to Farringdon, after a kind TfL staff member rang staff at the station in front of her to notify them she would be there.

“He was absolutely incredible,” Cobb said. “One of the loveliest people I’ve ever met.”

She said of using public transportation, “You put a lot of trust into strangers, which is not an easy thing to do at all, especially when you continue to be let down time and time again.

“You still have to go out there and trust people, even if yesterday you had an awful experience – because I still want to live my life, I still want to do my job and have a social life.

“And so you have to continue putting trust in a system that fails you again and again.”

A spokesperson for Network Rail said, “We were so sorry to hear of our passenger’s difficult journey through St Pancras and we’re grateful to her for bringing it to our attention.

“An investigation has been launched into the lack of support she experienced from the station team and we are also doing everything we can to improve the reliability of our lift at the station.

“When people travel by train it’s important we provide them with the same level of service whoever they are and whatever their level of mobility. It’s clear we failed in this here and we must improve.”

Thameslink’s Accessibility Lead Carl Martin said, “Shona is one of our Accessibility Advisory Panel members whose regular feedback we take on board to improve the service we give to remove the obstacles at our stations that disable some of our customers.

“The platform humps at our central Thameslink stations have proved immensely popular with our passengers. Unavoidably, the gap does vary but we have staff on hand at all times ready to assist.”