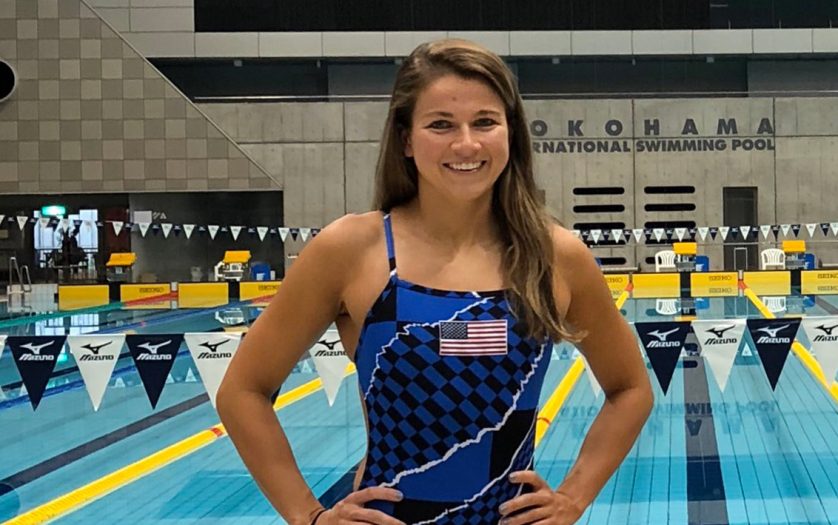 Becca Meyers, a six-time medalist with three golds from the 2016 Rio Paralympics, has quit Team USA and will not be competing in the Tokyo Games.

Meyers was a strong hopeful for up to four medals in Tokyo. But after the 26-year-old deaf-blind swimmer was told she couldn’t bring her personal care assistant (PCA) with her to Tokyo, Meyers informed Team USA that she was quitting the team.

She said she made the decision in part to effect change.

“I would love to go to Tokyo,” Meyers told the Washington Post. “Swimming has given me my identity as a person. I’ve always been Becca the Swimmer Girl. I haven’t taken this lightly. This has been very difficult for me. [But] I need to say something to effect change, because this can’t go on any longer.”

Meyers has Usher syndrome, a genetic disorder that left her deaf at birth. The disorder has also progressively taken her eyesight. Although her vision isn’t completely gone, it has been recently downgraded from the lesser disabled Paralympic classification of S13 to the middle class of S12, the Post reported.

Paralympians designated as S11 are completely blind or very close to it. According to the Post, Meyers is the only one, out of 34 swimmers on the U.S. Paralympic team, who is both deaf and blind.

The United States Olympic & Paralympic Committee (USOPC) told her father, Mark Meyers, in a June email that organizers and the Japan government prohibited the PCA from accompanying her due to COVID-19 regulations that strictly limit who is allowed to be a member of the Olympic delegation travelling to Tokyo.

He shared a copy of the email with the Post, which was sent by Rick Adams, chief of sport performance and national governing body services for the USOPC.

“There remain no exceptions to late additions to our delegation list other than the athletes and essential operational personnel per the organizing committee and the government of Japan,” Adams wrote. “As I said to you both on the phone and over email, I fully empathize with your concerns and wish we could fine [sic] a way as we have in the past.”

The Meyers family disputes that claim and believes it’s the USOPC that has made the decision to not allow her PCA. They feel that the USOPC simply chose not to allot one of its limited essential personnel spaces for Maria Meyers, Becca’s mother and PCA.

“We contacted the Maryland secretary of state,” Mark Meyers told the Post. “We had somebody contact the Japanese government, the ambassador — they all say it’s not the government [and] it’s not the organizing committee. It’s the USOPC that’s blocking this.”

“They can ask for more [official credentials]. … They just did not plan for her. They knew about this [issue] in February. They said, ‘Sorry, we can’t help you.’ They’ve had time to fix this, if they asked the right people. They’ve chosen not to.”

The USOPC maintained in a statement to the Post that restrictions put in place by organizers and the Japanese government are why Meyers is not permitted to bring a PCA to Tokyo: “We are dealing with unprecedented restrictions around what is possible on the ground in Tokyo. As it’s been widely reported, [the Tokyo Organizing Committee of the Olympic and Paralympic Games], at the direction of the government of Japan, is not permitting any personnel other than operational essential staff with roles related to the overall execution of the games, into the country.

“This position has resulted in some athletes advising us that they will not accept a nomination to Team USA for both the Olympic and Paralympic Games. We are heartbroken for athletes needing to make agonizing decisions about whether to compete if they are unable to have their typical support resources at a major international competition, but our top priority is ensuring the safety of our athletes, coaches, staff and the citizens of the host country.”

The USOPC stated that it will provide one PCA for the 34-member Paralympic swim team and that the team’s six coaches will also assist with personal needs.

Meyers’ decision will most likely be the end of her Paralympic career – a devastating end after competing as one of the sports’ most successful athletes from the London and Rio Games.

“This is the Paralympics,” Meyers told the Post. “We should be celebrating everyone’s disabilities. We’ve broken barriers in society, defying all odds. And yet this is how we’re treated? Like a burden on the team?”

Olivia Meier (Winnipeg, MB) will make history this summer as…

As reported by Cycling Magazine, Tristen Chernove of Cranbrook, BC,…

Sarah Mickey, from Redcliff, Alberta, is on pins and needles,…

A team of four Para dressage riders and their horses…