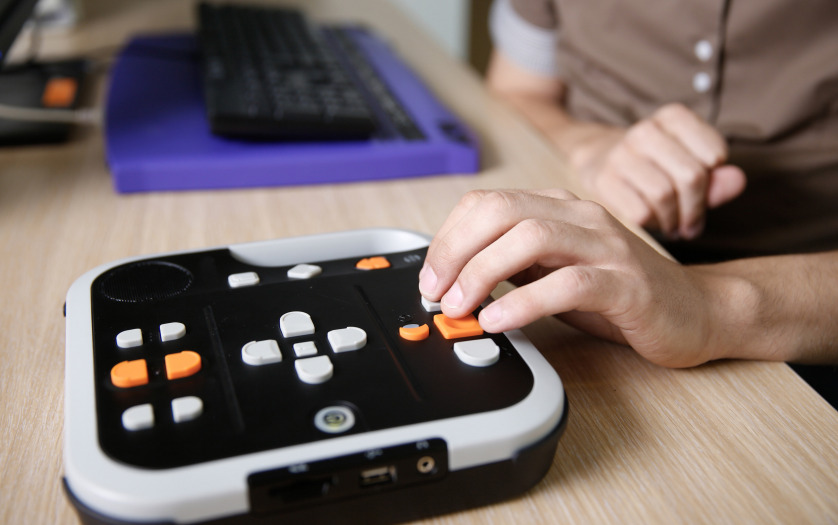 Columbian university students with visual disabilities study easier due to software that converts content from screen to audio and print enlargers.

The challenge for educational institutions is to promote initiatives in which senses such as touch or smell can also be useful.

The lack of inclusive learning plans, materials in Braille or sensory teaching strategies has impeded the independent learning of people with visual disabilities.

However, in the midst of a pandemic and after the introduction of virtual schooling, more than 300 university students throughout Columbia have been able to continue their studies, thanks to the development of tools such as UNAccessibility and the ConVerTIC strategy.

Edwin Carranza, a student of Social Communication and Journalism at the UNAD (National Open and Distance University), found virtual school extremely challenging at the beginning. “I thought about quitting, because it was very difficult for me,” he said.

Persevering through, Carranza soon discovered tools that helped him, such as UNAccessibility, Jaws and ZoomText. These last two are promoted by the ConVerTIC project of the Ministry of Information Technologies and Communications.

“Jaws read aloud everything on the screen and is used by visually impaired students. And Zoomtext allows the size of the image to be enlarged so that a person with low vision can identify the elements,” explained Óscar Ortiz, techno-pedagogical manager at UNAD, who also highlighted the development of UNAccessibility – a tool that generates contrast changes, increases font size and translates the content of the virtual campus to Colombian sign language.

With these tools and thanks to personalized support, Carranza’s studying techniques began to improve. “In view of the problems we face, I made a research proposal on accessibility for people with disabilities and, thanks to that work, I joined a research hotbed to continue developing it,” he said.

Viviana Casanova, a third year psychology student, expressed that teachers must be knowledgeable of strategies for students with disabilities. “Many times when I tell a teacher that I am a visually impaired person, they don’t know what pedagogy to handle,” she said.

Emphasizing that limitations are not impediments, Casanova said, “I propose to the teachers what kind of activities I can do, instead of focusing on the ones that are difficult for me. For example, instead of a concept map I can make an argumentative text.” She is currently a comprehensive wellness monitor, being contacted by students seeking support from other campuses in Columbia. “Based on my experience, I guide them to develop that autonomy in their study through technology,” she added.

According to Dane figures, it is estimated that more than 1.9 million people have visual disabilities in Columbia, which is equivalent to 4 % of the entire population. In addition, they represent 62 % of the population with disabilities in the country.

Deysi Patiño, a student in Cuítiva, Boyacá, commented that there is a great challenge in creating academic content and accessible websites, in addition to working on education with a more personalized approach. “The most complex thing that I have faced is the realization of graphic activities such as concept maps, PowerPoint presentations or infographics.”

This problem is reaffirmed by Carlos Parra, director of the National Institute for the Blind (INCI). “The educational system is very graphic and for a visually impaired person learning becomes a very big challenge.” According to Parra, many key learning scenarios are vision oriented such as visiting museums or libraries. “More initiatives should be promoted where touch or smell can also be sensed protagonists to understand and learn something,” he added.

INICI is currently promoting public policy projects that seek to positively impact this population, in addition to developing training, digital booklets and the creation of an online library for those with visual disabilities.

However, making significant progress will only be possible if society is committed. “Institutions and organizations must guarantee access, permanence and the development of opportunities for people with disabilities as a priority,” he concluded.