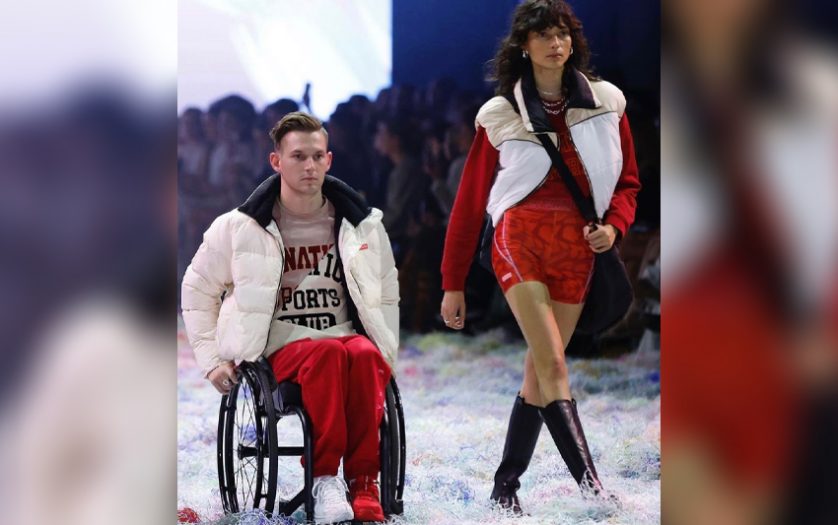 Organisers of Australian Fashion Week were left red-faced after promoting an “inclusive” show, but having an inaccessible runway for a model in a wheelchair.

Footage of McCracken posted on TikTok shows him struggling to move around on the obstacle-covered runway. Many people on TikTok have expressed disappointment that P.E Nation and IMG promoted inclusion, but didn’t bother to actually implement it.

“Fashion shows that think accessibility doesn’t match the runway aesthetic need to stop. This is a common occurrence,” Stu wrote on TikTok.

“‘We want to look inclusive but we don’t wanna take any measures to be inclusive’ this show director should talk to Sia they would get along,” TikTok user Ro wrote.

What Ro’s referring to is the condescending film artist Sia made about an autistic girl, played by Maddie Ziegler, titled Music. The film was criticized for not casting an autistic actor in the role.

It’s obvious that the fashion industry was trying to showcase diversity, using models of different ethnicities and those with disabilities. The tricky part is treading that fine line between saying you are inclusive and actually putting your words into action.

It’s not uncommon for the fashion industry to mess up. Just last week, Louis Vuitton tried to sell a $700 keffiyeh, a traditional Palestinian garment, not long after pro-Palestine protests took place around the globe.

The inaccessible runway was obviously an oversight on the part of the Australian Fashion Week’s set designers. But that’s sort of the whole point – accessibility at a massive event like AFW should NEVER be an oversight, especially when they are promoting it.