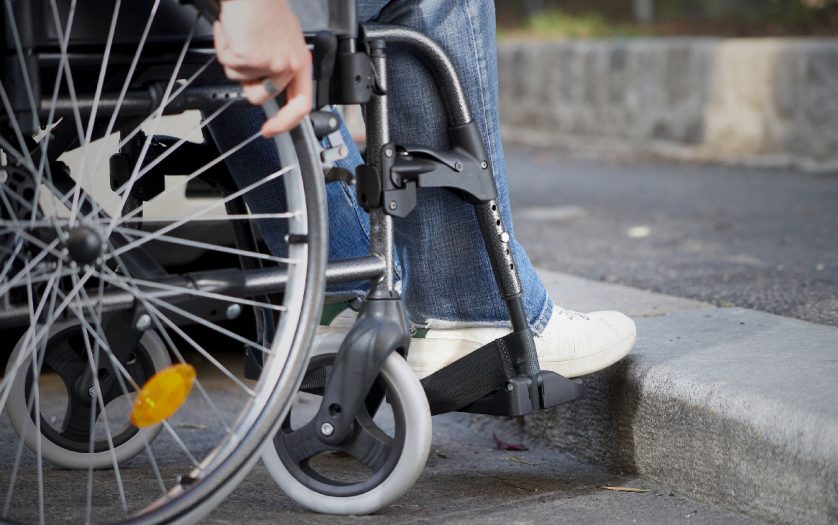 Once COVID-19 vaccinations for the 18+ age group began on May 1, Deepanshu Pande’s father, Harish, has made every attempt to get him vaccinated.

A lab technologist at a blood bank, Harish has received both doses of the vaccine. His wife contracted and recovered from Covid last year. Fearful that his son would contract the virus, Harish tried to take him to a nearby centre in Kalyanpuri but faced several problems.

Deepanshu, 20, has Down syndrome and “it is not possible to take him out because he keeps taking off the mask due to discomfort. He would be more at risk if we took him to a centre,” said Harish.

He added that his son does not have an Aadhaar card, despite several attempts to get him one, and his only identification is his birth certificate.

According to the FAQ section on the CoWin portal (the website that people can use to register for the vaccine), residents can register with any one of the following IDs: Aadhaar card, driving licence, PAN card, passport, pension passbook, NPR Smart card, and Voter ID.

Harish said, “Some arrangement should be made for people with similar conditions or the most vulnerable people will be left without vaccination.” He believes that accommodations need to be allowed such as less-crowded centres or in-home vaccinations.

Ameer Siddiqui, 39, founder of Eagle Specially Abled Riders, said there are no accommodation options for people with disabilities when registering on the CoWin portal. “Many centres are not wheelchair accessible. If specially abled people could specify their needs while registering, authorities would make the necessary arrangements like assigning an escort or giving instructions in languages that they understand (braille/sign language),” he explained.

Siddiqui, who has Post Polio Residual Paralysis, added that commuting, even to a centre near home, becomes difficult as not everyone owns vehicles and they cannot travel much in a wheelchair.

He also has not been able to get a vaccination appointment at a nearby centre yet. “Those of us who have had polio got it as kids because we had a low immunity and did not get vaccinated… since we know we have lower immunity, we are scared of contracting the virus,” Siddiqui said, adding that many people with disabilities have contracted COVID-19 recently.

Sangeeta Bhandari, 41, is among those who tested positive for COVID-19 in mid-April. Bhandari has Spina Bifida, a birth defect where the spinal cord does not develop properly.

Her family was extremely worried as Bhandari has a number of health complications due to her disability such as kidney and urine problems. “Thankfully, I recovered well. But many others have been trying to register for their first dose — they are either not getting slots or are unable to reach the centres,” said Bhandari.

The Delhi government is in the process of arranging special accommodations for people with disabilities. On May 27, AAP MLA Atishi tweeted, “Visited the Blind Relief Association today. We are looking to collaborate with them to ensure vaccination for the specially abled in Delhi.”