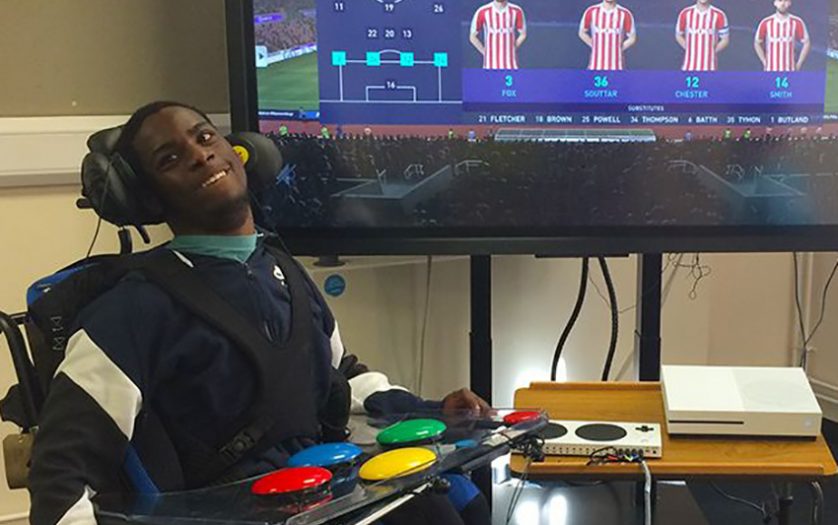 The British Esports Association (BEA) wants gaming tournaments to be held exclusively for players with disabilities.

The request comes after this year’s Association of Colleges’ FIFA Cup which included three gamers with disabilities.

The BEA said, after seeing Daniel, one of the 3 gamers with a disability, it will call on some of the biggest names in the technology industry to help push for greater accessibility for players with disabilities.

Tom Dore, from BEA, said, “We’re hoping that we can take what they’re doing as a pilot.

“We’re intending to speak to Microsoft about the opportunities to get a group of colleges like National Star involved in a pilot competition like this because the impact that they’ve seen is huge.”

Daniel has limited mobility in his hands and arms.  He used adapted technology to take part, which was developed in 2018 by Microsoft.

It’s an Xbox Adaptive Controller, which has various switches he can control from the chair he uses everyday to take part in games.

His opponents in the tournament weren’t even aware of his disability.

Daniel said it “means a lot” to him to be able to take part in the main Association of Colleges FIFA tournament, but he would prefer playing against other gamers with disabilities.

He said, “Being able to play real opponents is really hard because I play the game in a different way to them.

“I would like to be able to play against people who use the same technology as me so that it is fairer.”