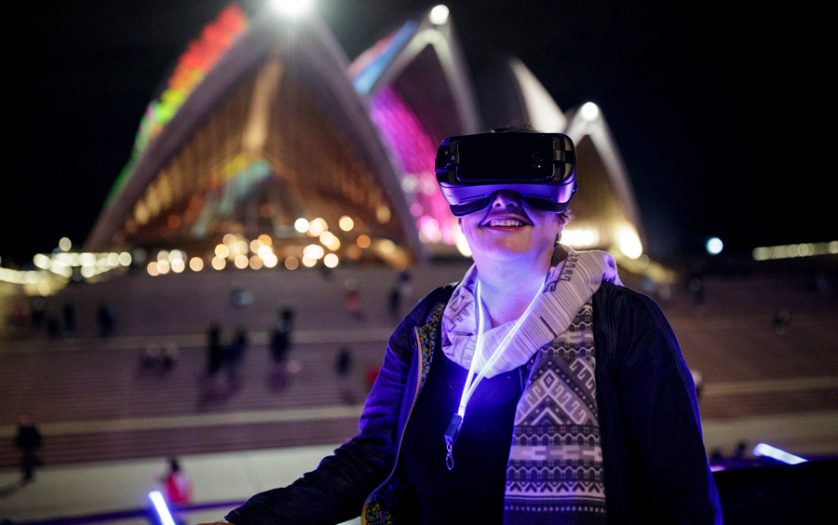 Mike Jones, a Denver graphic designer, has been losing his vision due to a genetic disease that has no cure. But IrisVision, a set of special goggles, has helped him to see again with the amount of vision he has left.

Jones is an award-winning graphic designer, animator and director who was worked in the television industry for 30 years. He creates his projects on his computer and started having difficulty seeing his work about 8 years ago.

“I started having trouble driving at night.

That was the first time I noticed it,” he told Health Specialist Kathy Walsh.

Jones has retinitis pigmentosa, a genetic degenerative eye disease. His father is totally blind. And now, Jones is legally blind.

“I don’t have central vision,” he explained.

By day, it’s like a fog. By night, “It’s basically a black spot,” said Jones.

Amazingly, Jones has been gifted the opportunity to try a $2,950 device called IrisVision; a Samsung smartphone that fits into a virtual reality headset.

Its software helps with contrast and magnification.

“And now I can see you, Kathy,” Jones said as he demonstrated the goggles. “And I can see details.”

The virtual reality headset is controlled with touch or voice.

With IrisVision, Jones can now see the controls on his oven and dishwasher, and can change the battery in his smoke alarm.

“It’s the only way sometimes I can get something done,” he said.

With the help of this amazing technology, Jones has even accepted new work projects.

“I don’t know how long I have until my sight is completely gone,” he said.

Until that time, Jones hopes to use IrisVision, and other devices like it, to continue working and functioning in the world.