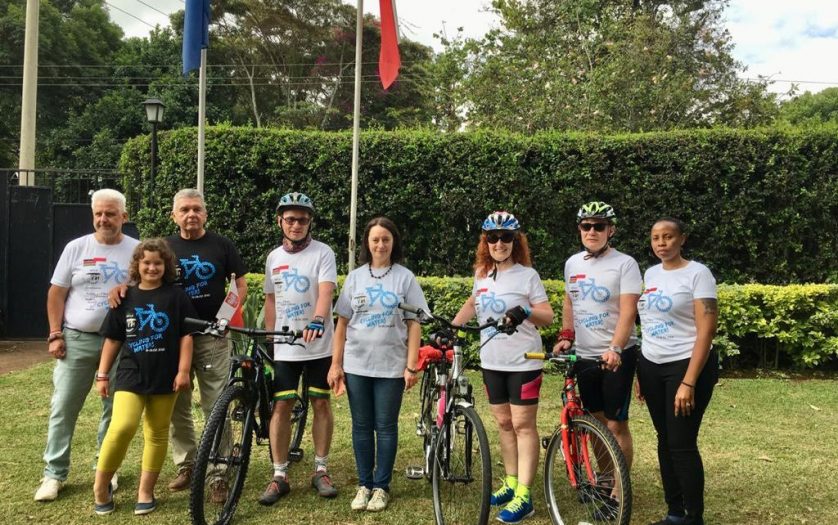 On February 15, 2021, three Polish cyclists started out on a four-day, 250 km trek from Nairobi to Meru, Kenya, raising funds for The Furaha Centre; a centre that supports children with cerebral palsy, Down Syndrome and autism in Meru and Isiolo counties.

The bicycle ride from Nairobi to Meru is part of the “Water for Furaha” project, started by Ciszek in October 2020.

The fundraising ride aims to raise money for expansion of the Furaha Centre, which is currently being run out of a rented house.

The Centre has occupational therapy, counselling and psychotherapy rooms, school classes and a dining hall. It does not charge for its services.

Due to high demand, Krakus said the Centre is bursting at the seams and requires expansion. They obtained a new parcel of land and are now looking for funds to build a permanent centre for the children. Krakus wants to provide a space for technical skills training, including carpentry, tailoring, knitting, poultry keeping, bee keeping and cultivating vegetable gardens.

“As some of the Centre’s charges approach teen age, these new activities will allow to prepare them for independence. The new, expanded Furaha Centre will have capabilities to welcome children not only from Central Kenya, but also from other parts of the country as well as from the other East African countries for open rehabilitation holidays,” the Poland embassy said in a statement.

The “Water for Furaha” project aims at raising funds for drilling a borehole on the newly purchased property and buying a water tank. The embassy reported that nearly 75 percent of the funds have been raised so far.

The initiative will be officially end when the cycling trio crosses the finish line in Meru.

Money will continue to be accepted on Facebook until April 8 to allow for 100 percent collection of the necessary funds, the embassy said.

The new Centre is expected to be completed in 2023.