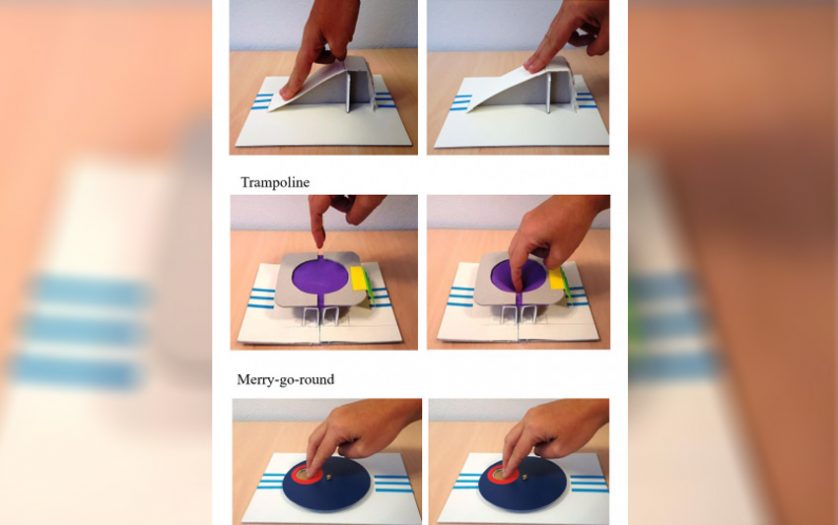 Children’s books play a key role in child development and access to culture. Books with tactile illustrations are particularly useful for understanding history.

It is essential that the illustrations are understood by the reader. How does this affect blind children, whose way of representing the world is different from that of sighted people? They have difficulty identifying the objects depicted in traditional tactile illustrations that are produced with techniques such as raised lines, thermoforming or embossing.

Researchers from the University of Geneva (UNIGE, Switzerland), working in partnership with Université Lumière Lyon 2 (France), have devised 3D mini-scenarios that children can explore with two fingers, making it easier to identify an object. You can read all about the results of the research in the journal PLOS ONE.

Every child, regardless of their disability, has the right to education and access to culture on an equal footing with other children. To ensure that this is the case, they need educational materials and children’s books adapted to their particular way of perceiving and understanding the world. “Blind children don’t have the same visual representation codes as other children,” begins Edouard Gentaz, a professor in the Psychology Section of UNIGE’s Faculty of Psychology and Educational Sciences (FPSE). “For instance, they don’t interprete dotted lines surrounding a circle as the sun, and a rectangle with small circles below may be nothing like their representation of a bus.” To circumvent these difficulties, the psychologists examined other potential ways of illustrating objects that are more suited to blind children.

“We have devised a new type of illustration that explores the simulation of the body’s experiences in interaction with objects,” explains Dannyelle Valente, a researcher in the Development, Individual, Process, Disability and Education Laboratory (DIPHE) at Université Lumière Lyon 2 and UNIGE, and first author of the study. “The illustrations take the form of mini-scenarios in 3D that children explore using two fingers.” The principle is simple: as a child turns the pages, they make their way through these miniature scenarios with two fingers as though they were their legs. “These movements can be used to simulate actions such as climbing stairs, running or jumping on a trampoline”, continues the researcher. The new illustrations have been produced by the non-profit publishing house Les Doigts Qui Rêvent, the project partner, with the support of the Swiss National Science Foundation (SNSF).

A prototype children’s book has been designed by the researchers for children with vision disabilities. Called Balade des Petits Doigts – Little Fingers Do The Walking – the book has been produced by the Les Doigts Qui Rêvent publishing house. “Tactile books that use gestures and body simulations have a high potential for sharing since the sensory experiences are the same for sighted children and blind children”, concludes Dr Valente. These are tactile books that parents and children can read together, regardless of whether they are sighted or blind.

Evidence sparse for how EdTech helps students with disabilities

In celebration of World Autism Awareness Day this Friday, Australian…