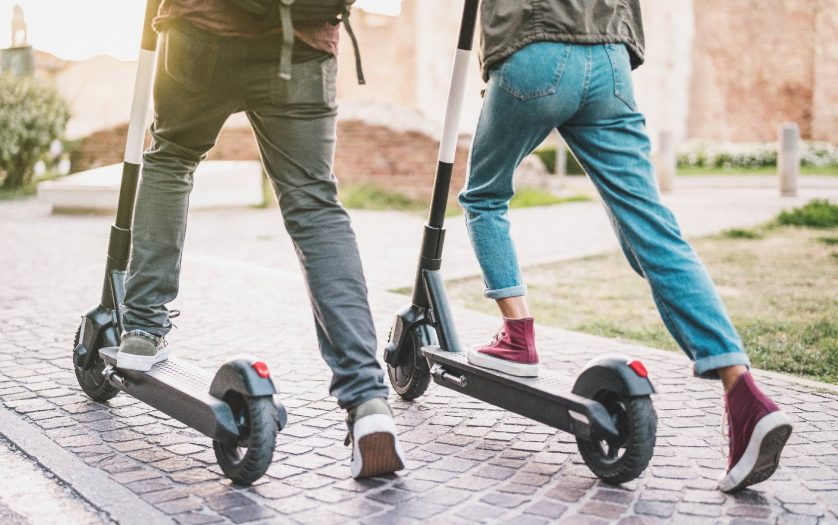 As Ottawa councillors debate about continuing electronic scooter rentals in 2021, accessibility advocates are asking for significant changes to be made first.

Phillip Turcotte, chair of Ottawa’s accessibility advisory committee, said a majority of committee members don’t agree with the recommendation. “Our point of view at this time is it’s something that transportation committee should not adopt,” Turcotte said, adding that those with disabilities get no benefit from the e-scooter program, yet they are effected the most.

The accessibility advisory committee’s two main criticisms are: the e-scooters make no sounds and the complaint procedure for improperly parked e-scooters is challenging.

Turcotte said the fact that battery-powered e-scooters are practically silent makes it nearly impossible for a person with a visual disability to know if one is coming near.

The advisory committee wants the city to force rental companies to ensure their e-scooters give out a continuous sound, especially since some users illegally use e-scooters on sidewalks.

As for reporting improperly parked e-scooters, such as blocking sidewalks, Turcotte said it involves a cumbersome two-step reporting process. The rental company has one hour to move the e-scooter after receiving the call, and if that doesn’t work, the city needs to be contacted to confiscate the e-scooter.

Kathleen Forestell is the CNIB’s local lead for advocacy and community outreach and also a member of the city’s accessibility advisory committee. She said the silence of e-scooters is a top worry for people with visual disabilities.

E-scooters must be equipped with a bell but the onus is on the rider to utilize it. Forestell said you can’t compare e-scooters to bikes because “A bicycle in some ways makes more sound than an e-scooter does because of the mechanical components on it.”

She continued, “For me as a blind pedestrian, having a constant noise emitted by the e-scooter would allow me to know where it is in the vicinity and just have a greater awareness if it’s navigating near me and at what speed.”

Tier, a German company, is working with a U. K. charity to add sounds to its e-scooters.

As of yet, Ottawa has not taken steps to force e-scooter companies to make their devices have constant sounds for the 2021 season.

If approved, the city will allow three e-scooter rental companies to operate in Ottawa this year, making available a total of 1,200-1,500 e-scooters for the paying public in an expanded area, which could include a community outside the Greenbelt. This is an increase from the 2020 season which involved 600 e-scooters in the downtown region only.

Turcotte said the increased number of e-scooters is an additional concern when it comes to accessibility barriers.