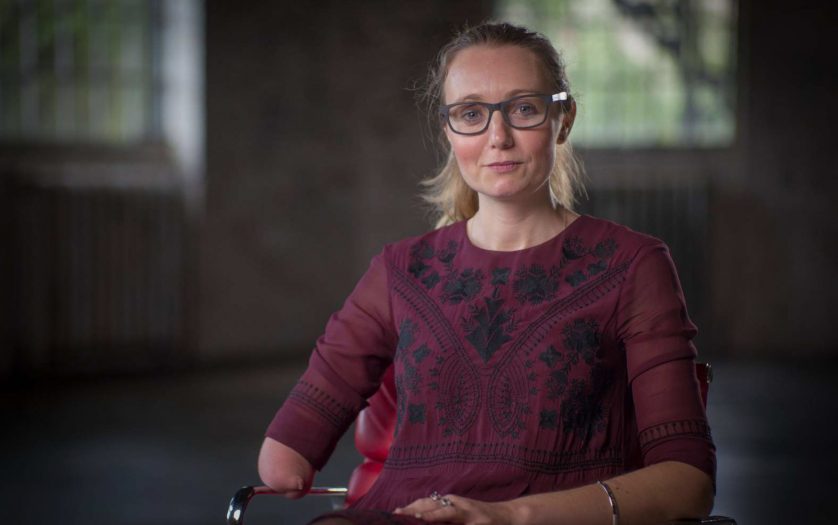 Cerrie Burnell was born without the lower part of her arm. In 2009, she was given her “dream” job as a CBeebies presenter. Soon after, parents complained she was “scaring” their children.

The thought that disabled people like Burnell should stay out of sight, out of mind, goes way back to the Victorian era. This notion is addressed in the documentary Silenced: The Hidden Story of Disabled Britain, which shows a shocking snapshot of the vast, and continuing, discrimination towards those with disabilities.

In a tragic example of this, elderly brothers David and Alan Gambell, from Merseyside, spoke of their first meeting with their sister Jean, who was locked away when she was 15 years old. The much younger brothers didn’t even know of their sister’s existence until just before her death at age 85.

Burnell recalled the stress of having to hide who she was. As a child, she was pressured to wear a prosthetic arm. In drama school, she was told to “cover up” her arm. Society wanted Burnell to hide her disability, to look “normal.”

The most shocking realization from the documentary was just how prejudices against disabled people have held steadfast over the years.
Eugenics campaigners in the 1930s and 1940s argued that people with disabilities should be prohibited from reproducing to ensure the “purity” of the national “bloodline.”

Disability rights continue to be in danger and have suffered from years of ignorance.

Despite all of this, the program’s overall message was hopeful.

Disabled advocates, John Evans and Alia Hassan, said they didn’t want to be pitied or viewed as charity cases.

They simply wanted their right for independent lives protected. One major breakthrough was wheelchair-accessible public transport.
But much more still needs to be done.

Burnell’s Silenced: The Hidden Story of Disabled Britain tells the uplifting story of a mistreated minority striving to educate, inform and change the way the world views them.