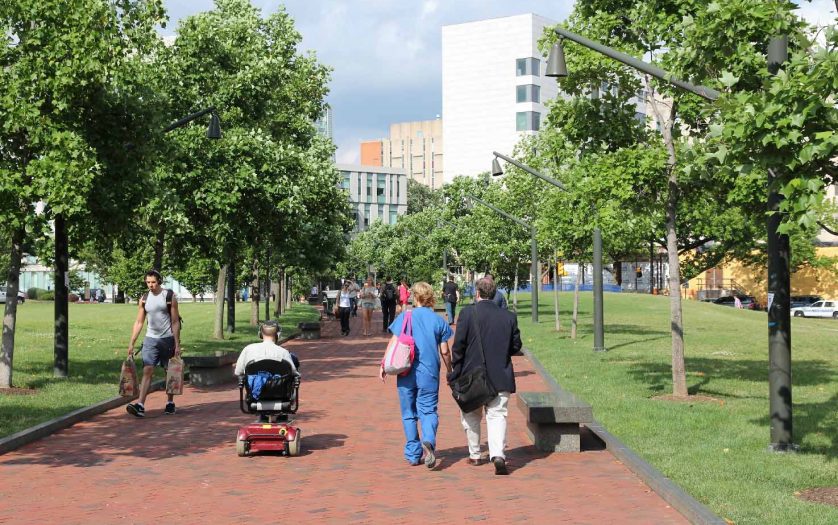 Julie Berda, a Penn State student, realized one winter day when walking into the main entrance of Boucke Building, where Student Disability Resources is located on the University Park campus is not accessible.

“If you had a disability that required you to use a ramp, you would have to go around the side entrance,” Berda said. “Those entrances may not be as well maintained as a front entrance.” Situations such as this prompted a group of students to start the Access Club at Penn State, an organization that seeks to connect students—particularly those with disabilities—and advocate for a more accessible campus.

“Really, we’re open to everyone,” said Access Club President Cassie Kizis, senior in political science and geography. “But we’re especially hopeful that we can connect students who have disabilities with one another, so they have a space to share their experiences, whether their experiences have been positive or negative.”

Kizis said her interest in creating Access Club in spring 2020 stemmed from her own experience as a reporter for The Daily Collegian. Kizis, who has hearing loss and wears hearing aids, was interested in writing a story about the experiences of other students with disabilities at Penn State.

“I had never thought that much about it before (until then),” she said. “I had never really known that many other people with disabilities — especially people my age.”

Kizis wrote an in-depth profile about a student who is a quadriplegic amputee who alternates between wearing prosthetics and using a wheelchair. During the interview, he showed Kizis spots on campus he thought could become more accessible.

“I had never had such a long conversation with someone with a different disability than me about what life is like,” Kizis said. “It opened my eyes to a lot of accessibility issues that still exist today, especially for students.”

From that point forward, Kizis was determined to create a student group focused on improving accessibility and connecting students with disabilities to each other. She sprung into action in spring 2020, putting up flyers and reaching out to various clubs to gauge interest.

Through its Student Disability Resources office, Penn State welcomes input from the club, according to Leah Zimmerman, executive director, as the University continues to identify and respond to accessibility concerns. The office also has listed the Access Club as a student resource on its website.