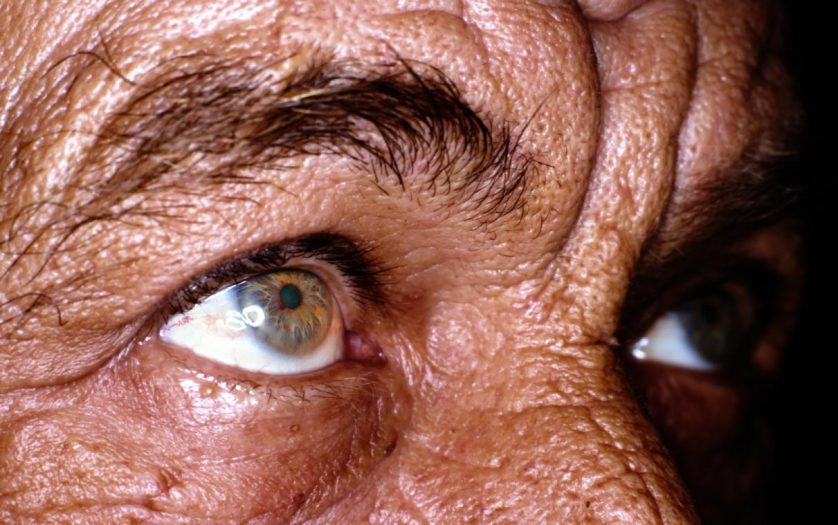 Some people have lost their vision, but they continue to “see.” This phenomenon, a kind of vivid visual hallucination, is named after the Swiss doctor, Charles Bonnet, who described in 1769 how his completely blind grandfather experienced vivid, detailed visions of people, animals, and objects.

Charles Bonnet syndrome, which appears in those who have lost their vision, was investigated in a study led by scientists at the Weizmann Institute of Science. The findings, published today in Brain, suggest a mechanism by which regular, spontaneous activity in the brain’s visual centers can trigger visual hallucinations in blind people.

Prof. Rafi Malach and his group members of the Institute’s Neurobiology Department research the phenomenon of spontaneous “resting-state” fluctuations in the brain. These mysterious slow fluctuations, which occur all over the brain, take place well below the consciousness threshold. Despite a fair amount of research into these spontaneous fluctuations, their function is still largely unknown. The research group hypothesized that these fluctuations underlie unexpected behaviors.

However, it is typically challenging to investigate truly unprompted behaviors scientifically for two reasons, since, for one, instructing people to behave spontaneously is usually a spontaneity-killer. Secondly, it is difficult to separate the brain’s spontaneous fluctuations from other, task-related brain activity. The question was: How could they isolate a case of a genuinely random, unprompted behavior in which the role of spontaneous brain activity could be tested?

Individuals experiencing Charles Bonnet visual hallucinations presented the group with a rare opportunity to investigate their hypothesis. This is because in Charles Bonnet syndrome, the hallucinations appear at random, in a genuinely unprompted fashion, and the brain’s visual centers do not process outside stimuli (because these individuals are blind) and are thus activated spontaneously. In a study led by Dr. Avital Hahamy, a former research student in Malach’s lab who is now a postdoctoral research fellow at University College London, the relation between these hallucinations and the spontaneous brain activity has indeed been unveiled.

Our research clearly shows that the same visual system is active when we see the world outside of us, when we imagine it when we hallucinate, and probably when we dream. It also exemplifies the creative power of vision and the contribution of spontaneous brain activity to unprompted and creative behaviors.” Prof. Rafi Malach, Neurobiology Department, Weizmann Institute of Science