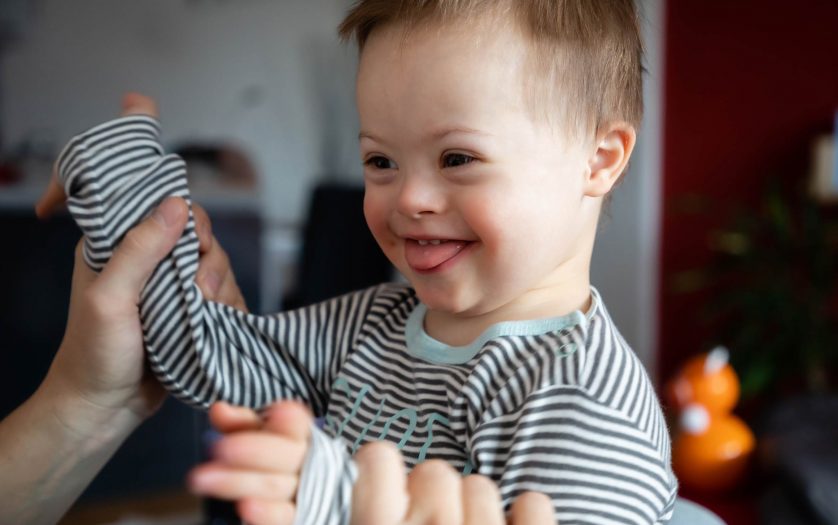 Critical to this transport process is the exocyst, an eight-protein complex found in almost all plants and animals. Loss of function of any component of the exocyst is lethal in multiple organisms. And, as the researchers have discovered, specific mutations within the exocyst cause severe developmental defects in children.

The findings were published online in the article “Mutations in the exocyst component EXOC2 cause severe defects in human brain development,” in the Journal of Experimental Medicine on July 8.

Nicole Van Bergen, a senior research officer at Murdoch Children’s Research Institute in Melbourne, initially identified patients with exocyst mutations. She then reached out to Ahmed and Macara to study the impact of these mutation, based on their prior research into the exocyst complex.

The researchers theorized that these mutations allowed for some level of exocyst function compatible with life. However, the mutations result in abnormal brain and tissue development that include progressive microcephaly, underdeveloped brain regions, epilepsy, facial dysmorphism, congenital cataracts and acute intellectual disability. One of the patients that the group followed died at the age of 10 due to complications arising from these conditions.

To understand the functional consequences of the newly identified mutations, the Vanderbilt group used high speed microscopy and quantitative analysis to determine that delivery of critical proteins to the plasma membrane was reduced by half in cells harboring exocyst mutations. This reduction likely causes defective neuronal outgrowth during development, an avenue Ahmed and Macara continue to explore.

“This research was a positive collaboration for us all and has presented very compelling avenues for future research,” said Ahmed, the paper’s co-first author. “We can now tease out how the exocyst complex is working within the cell and isolate the function of each of its proteins.”

Researchers at the University of East Anglia have been putting…

Dementia divide between Rural and Metropolitan Areas in Australia

People with dementia in rural and regional Australia is consistent…