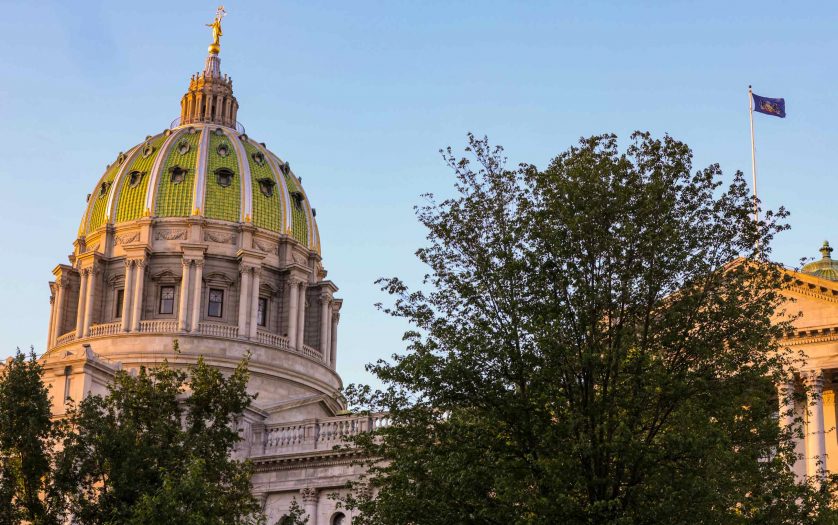 Hit-hard by the ongoing Coronavirus pandemic, policymakers are gravely concerned that budget shortfall could cut funding for programs that support people with disabilities, leaving them vulnerable.

Lawmakers in Harrisburg, capital of Pennsylvania, are facing a huge budget challenge — with a shortfall estimated at nearly $5 billion through June of next year — and county leaders worry they will cut programs that are needed now more than ever.

“It’s a massive concern,” said Brandon Savochka, human services director in Butler County. “It’s also, you know, really kind of trying our hands at a time when we probably really need to be providing more services.”

Eight years ago, as the state was still recovering from the fallout of a severe economic recession, lawmakers in Harrisburg cut $84 million that counties used to fund programs for people with intellectual disabilities, mental health challenges, and other needs.

At the time, Republican Gov. Tom Corbett’s administration said the state faced a more than $700 million shortfall and that funding for counties was one of the few areas where its hands weren’t tied by federal mandates.

That money was never restored. And in January, county officials urged lawmakers to provide a $42 million increase for mental health services as a down payment for a sustainable approach, with a 3% annual increase.

Funding for the Department of Human Services and the Department of Education make up the largest share of the budget that lawmakers pass each year. This spring, the coronavirus caused revenues to collapse as businesses temporarily shut down.

Amid the uncertainty, Gov. Tom Wolf’s administration and Republicans who lead the legislature agreed to pass a stopgap budget. It provided 12 months of funding for most education line items, as lawmakers said schools needed to be prepared to open for a full school year. But lawmakers funded many other parts of the budget for five months.

Overall, the state needs about $8.3 billion for the remaining seven months to keep even with what was available to spend the last fiscal year.

And about $4.8 billion of that falls under the Department of Human Services. A range of programs still needs funding for the full year, including Medicaid programs that cost hundreds of millions of dollars, as well as smaller line items that benefit the homeless and survivors of domestic violence.

“Almost every day I’m getting calls from providers panicked,” said Richard Edley, president, and CEO of the Rehabilitation & Community Providers Association, which represents providers of health and human services.

Edley said providers hear unsubstantiated rumors of drastic cuts coming, but he hasn’t heard anything specific from lawmakers or the Wolf administration.

Pennsylvania has about $1 billion remaining in federal CARES Act money that lawmakers haven’t decided how to spend. Right now, they cannot use that money to replace lost revenue. Officials are urging Congress to provide more aid and to allow state and local governments to use the money to help balance budgets.

There’s also uncertainty about just how big the budget gap will be, according a news report.