Ancient Greeks may have built ramps at temples 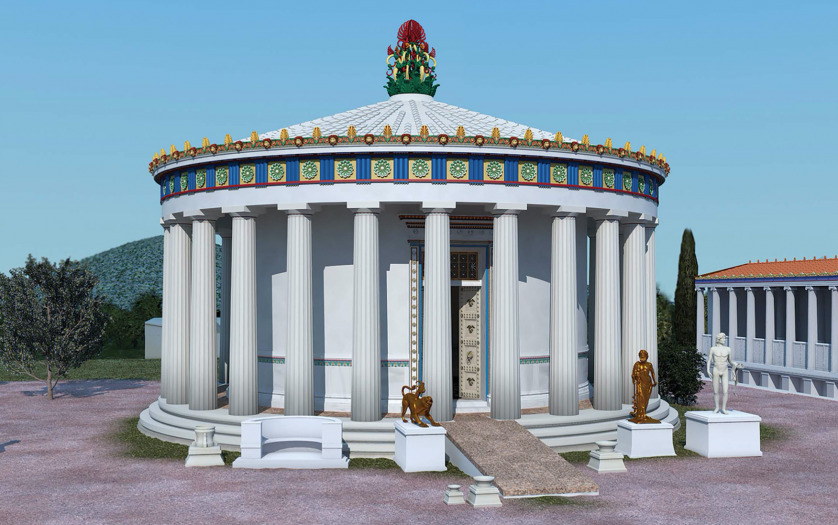 Reconstruction of the fourth-century BC tholos at the Sanctuary of Asklepios at Epidauros. Photo: © 2019 J. Goodinson; scientific advisor J. Svolos.

The ancient Greeks didn’t construct temples just for non-disabled people; this ancient society purposefully built ramps at some of its temples — especially at healing sanctuaries — so that people with disabilities could access the sites, a new study suggests.

Some of these ramps date back to before the fourth century B.C. They were likely used by other people with limited mobility, including the elderly, pregnant, and very young, said study researcher Debby Sneed, a lecturer of classics at California State University, Long Beach.

“It seems clear that the most reasonable explanation for [these] ramps is that they were intended to help mobility-impaired visitors access the spaces that they needed to experience religious healing,” Sneed told Live Science in an email. “This shouldn’t surprise us, really: The Greeks built these spaces for disabled people, and they built the spaces so that their target visitor could access them.”

For instance, in the fourth century B.C. in Athens, “the city provided a regular maintenance payment for adult male citizens who were disabled and could not support themselves because of their disability,” Sneed said. “We know about this payment primarily because we have a speech, delivered by a man who says he walks with the aid of two crutches.” This man had been accused of welfare fraud, so he was “defending both his disability and his inability to support himself because of it,” Sneed said.

Despite these maintenance payments, “I want to be clear that the ancient Greek world was not some progressive utopia, but we do see some interesting solutions,” Sneed noted.