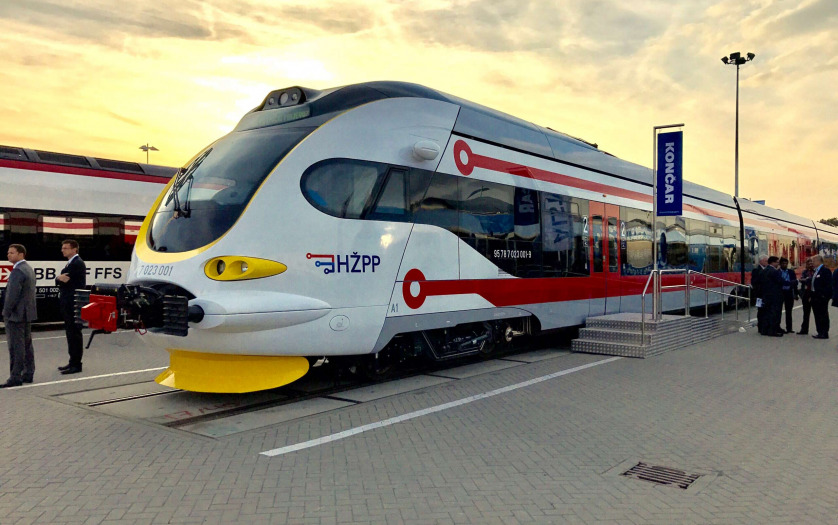 Croatian Railways is improving accessibility with the purchase of four-car low-floor units which will increase safety and accessibility for passengers with disabilities.

Each of the new EMUs will be four-car low-floor units with a top speed of 160km/h. They will come with ramps to make them accessible to passengers in wheelchairs. The trains will also have space for bicycles. The trains will further feature an HVAC system as well as video surveillance. Passengers will have access to free wifi. Displays and loudspeakers will announce stops.

This new order will increase the reliability and availability of Croatian Railways’ fleet. The trains’ operating costs will be much lower and they will also be more environmentally friendly. Services can be run more frequently and each train has a greater capacity than the trains currently operating on the network.

“I would like to thank the track ministry and the government of the Republic of Croatia for their support, without which this project would not have been possible. The trains will be produced by industry domestically, i.e. Končar Electric Vehicles. The total value of the project is 62.4 million euros, which is a significant investment, especially in this situation. In co-operation with the relevant ministry, Croatian Railways announced a tender for the procurement of 21 trains to be financed from EU funds. We still have to provide funds for 7 diesel-electric trains, which we believe we will provide by the end of the year. We are happy that the new trains will really improve our service.” said President of the Management Board, Croatian Railways

“We will now have the opportunity to fully deliver all 32 electric trains, which are the backbone of passenger transport, based on the 2014 contract. These trains are fully developed in Croatia, and most of these high-tech products are produced by domestic industry.” said Josip Ninić, President of the Management Board, Končar.

The Lithuanian airports operator further pursues the goal to ensure…

In Moscow, simplified parking rules for drivers with disabilities

Persons with disabilities no longer need to issue a parking…