Australians with disabilities do not have enough support or income, survey finds 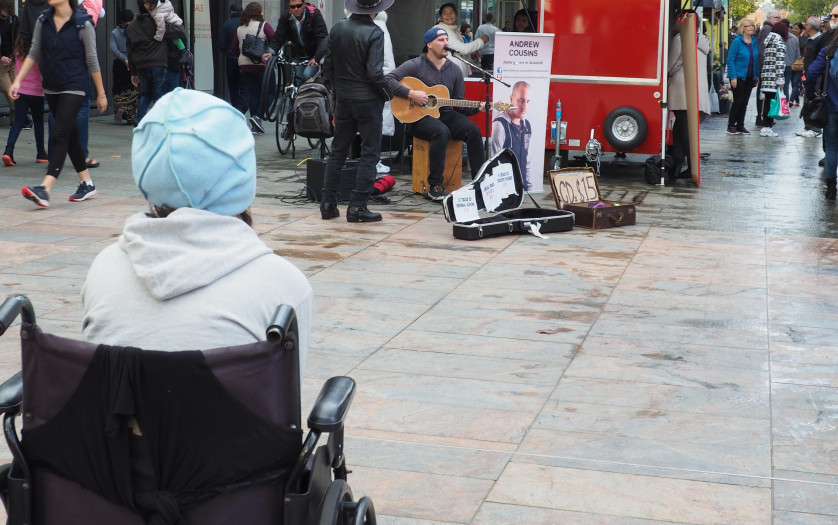 More than half of Australians with disabilities do not have the support services they need, and many say they have experienced violence or abuse because of their condition, a new survey has found.

The survey of 900 people, collated by PricewaterhouseCoopers for People With Disability Australia, also found 61% lived on an income – either wages or welfare – that was insufficient for their basic needs.

The research was conducted as Australian civil society groups submitted a “shadow report” to the United Nations, which is set to evaluate Australia’s adherence to the Convention on the Rights of Persons with Disabilities later this year.

Despite the rollout of the National Disability Insurance Scheme, more than 60% did not have access to support services they needed, such as disability or aged care, and only 28.5% had the equipment they required.

“I’m severely disabled but can’t access NDIS because I need expert advice to prepare the application, can’t afford to pay an expert, and most funded advocacy groups have wait lists,” one respondent said.

About two-thirds had difficulty dealing with government services or agencies such as Centrelink, and many (44%-35%) did not have access to sufficient healthcare.

Ahead of the Royal Commission into Violence, Abuse, Neglect and Exploitation of People with Disability, more than 40% of survey respondents said they had experienced violence or abuse, compared with 33% who had not.