I am an actor who is blind. This is my truth, but it doesn’t dictate who I am or what I’m capable of achieving in this world.

My background story begins when my mother gave birth to my twin brother and I at a mere 28 weeks. At just over two pounds, we were born with a common premature condition called retinopathy of prematurity (ROP) – an eye disease caused by abnormal blood vessel growth in the retina. In most cases, ROP causes no damage, resolving itself without treatment. Advanced ROP, however, can cause permanent vision disabilities or blindness.

As my twin brother’s condition declined, mine spread aggressively. The doctors performed three surgeries to save my eyesight. Unfortunately, during surgery, the retina in my better eye was torn and doctors refused to even touch my worse eye. Although I was told that I would have no vision, I do have a very tiny bit of peripheral vision.

As an actor, I refuse to be seen as disability first; I want casting directors to regard me as a talented actor who just so happens to be blind.

Don’t get me wrong – I embrace my visual disability as it helps me to stand out – exactly what performance coaches tell actors to do in auditions. In my case, that’s not difficult to do – when I show up in the audition room with my cane tapping against the floor or walking in with my guide dog, Libi, who will most definitely shed all over everything – I definitely will not be forgotten.

There is no denying that, because of my disability, casting agents are hesitant to hire me. Many are afraid to work with me because they simply don’t know how or are concerned that any accommodations needed will be too challenging.

Sometimes I feel their shock and nervous energy right away when I enter the audition. Many times, despite liking my performance, I am rejected because of my blindness. These rejections are disheartening because they aren’t due to a bad performance – something that I can work on for future auditions – they are because of something I can’t change.

Thankfully, we are finally stepping into an age where more people are being accepted for who they are.

So many memories stand out that reaffirm my belief that I was born to be a performer. The first time a director told a cast member not to worry about me because I could move around the stage without help was so freeing. Being allowed to take extra time in the studio to learn choreography so that I was just as ready as everyone else. And the first time I stepped onto a film set without any raised eyebrows, I just immediately felt like I was part of a community.

I aim to make the acting industry inclusive for all. I ask the people on the other side of the table to also become part of the change. People like myself are pleading for actors with disabilities to be allowed to tell our stories. It is the responsibility of all casting agents, directors, and production companies to make sure that this happens in an authentic and respectful way. I ask – do your research, ensure casting calls are going to the right actors, and consult with the community that you are representing.

On the other end of that spectrum, I would love to see actors with disabilities in roles that have little or nothing to do with having a disability. Not all people with disabilities want to educate, and none of us want our disability to become what defines us.

Imagine being that little girl seeing an actor on stage that has the same disability as she does, thinking, wow, she’s like me. But not just because they have a disability, but because of their unique character and personality.

I never had that when I started my acting career and I think it’s high time for change to happen on all sides. Hear the calls to make the acting industry a safe and inclusive place for all. Start representing everyone. Take notes, listen to what the acting community with disabilities is asking of you, and include the voices that have been ignored for far too long. 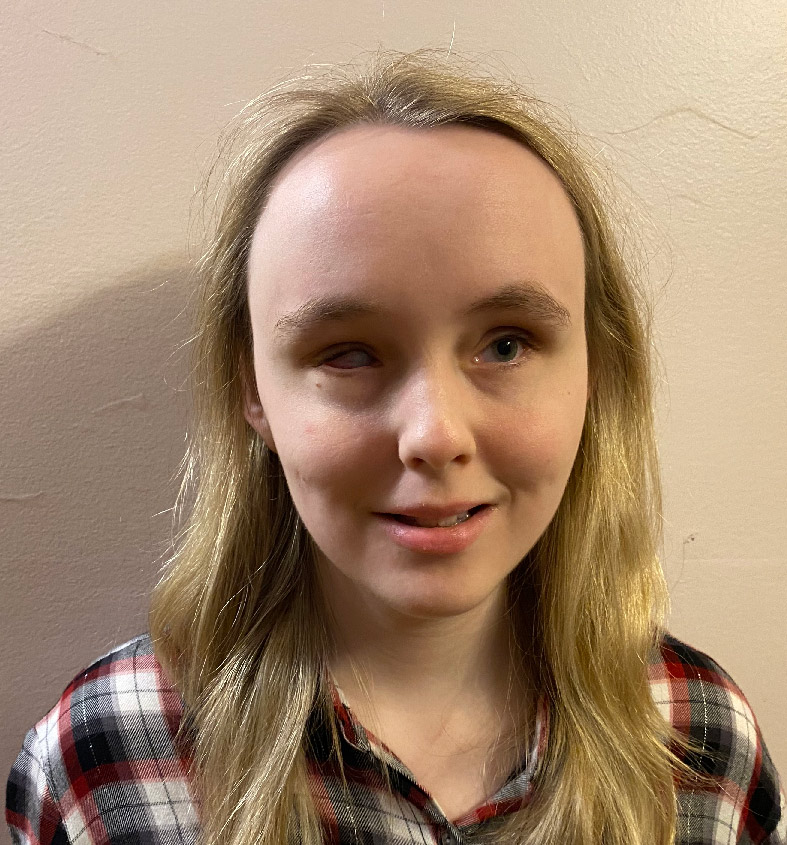 Shayla Brown, 17 years old, from Port McNicoll, Ontario, Canada is a working actor who just happens to be legally blind. Projects include a non-speaking role in the movie Fahrenheit 451, one-line dialogue in the Apple TV production of See as well as multiple roles in local theater. A singer, dancer and pianist, Shayla aims to work in all areas of acting and to be a part of the inclusion of voices with disabilities in her industry.