The beginnings of the CRPD

The followingtext was originally written for the CRPD’s 10 years anniversary book prepared by the UN Special envoy for Disability and Accessibility. Mr. Lenin Moreno, in 2017.

It is well known that Mexico was the country that proposed and promoted the Convention on the Rights of Persons with Disabilities, CRPD, but perhaps only a few know the facts that led Mexico to take this step. This is the account of those facts as I experienced and remember them, and as I witnessed them both in Mexico and in New York.

What I am going to talk about is the role performed by my late wife, Maria Eugenia Antúnez Farrugia, Maru. There is no room to include all the names of people that should be here, but I will mention those that were key to Maru and that supported her in this adventure, that now leads us to celebrate the tenth anniversary of the CRPD.

The story goes back to the late 1990s, when Maru met the Executive Director of DisabledPeoples’ International (DPI) at the time, Lucy Wong-Hernandez, in Mexico. Lucy involved her in DPI’s international activities, which enabled Maru to be a part of the Committee of Experts of the UN Standard Rules on the Equalization of Opportunities for Persons with Disabilities, from 1998 to 2001.

As Maru was a partof the Committee on Standard Rules and attended many of its sessions, she learned that they were not enough to guarantee the rights of persons with disabilities and that a legally binding instrument was necessary. There were proposals in that regard, but they had not crystallized. It was 2001 then, and there was a significant shift in Mexico’s political life: the opposition won the presidential election and there was much expectation.

An office to address disability matters within the Presidency of the Republicwas then created, which showed strong political support from President Vicente Fox for the issue. Mr. Victor Hugo Flores, a disabled person, was appointed as its director. He invited Maru to work with him.

Maru did not know how the United Nations System worked, nor did she know what it was or how an international convention was negotiated. This doubt led her to pose a question to Berenice Diaz-Ceballos, a friend she had in the Ministry of Foreign Affairs: is a Convention set forth by States or by Civil Society.

This question along with the existence of an office for disability issues within the Presidency – which was being managed by a disabled person – led the Ministry of Foreign Affairs to seize the moment. With a team under the leadership of Ambassador Luis Alfonso de Alba, they prepared a strategy to propose the creation of an Ad Hoc Committee for the Convention.

The strategy was based on two actions: promoting, at the highest levels, the need for a Convention for persons with disabilities at the 2001 World Conference Against Racism in Durban, South Africa, and lobbying a the United Nations Third Committee at the Headquarters in New York.

These two activities took place almost at the same time in September 2011. On the one hand, Gilberto RincónGallardo former presidential candidate with disabilities was in charge of including the subject m Durban, as head of the Mexican Delegation. On the other, Maru was sent to attend the sessions at the Third Committee in New York. It was the first time that many of the delegates of the Third Committee heard about the subject. It was a week ofintense debate, during which all Latin American countries decidedly supported the Mexican proposal, despite the cold reception from the other regions.

In November of that year, a second lobbying effort took place at the Third Committee, since there was still some reluctance to establish the Ad Hoc Committee. Maru supported the Mexican Mission for two weeks. The latter asked for endorsement from disabled people s organizations from all over the world. Therefore, letters of support addressed to the Secretary-General were sent with copy to the Mexican Mission and Maru.

In 2002,the Ad Hoc Committee was finally established. The rest is history. Maru continued to participate as a government official, providing the names of the expertsthat gathered in Mexico to draft the preliminary text for the Convention in 2002.

Maru’s health had been deteriorating. She had to resign from her government post, but continued to participate in several Ad Hoc Committees as a member of civil society until 2006. In March 2007, we were present at the beginning of theConvention’s signing period in New York, and that was the last activity related to the CRPD in which she participated.

We have a disabled daughter, so in September 2001, when the delegates of the Third Committee said that they needed more time to analyze Mexico’s proposal, Maru replied: Neither my daughter nor I have time…” Time was barely enough for her to witness the preliminary signature and the entry into force of the CRPD in May 2007, but she did not get to see our country’s ratification or the global transformations that have taken place. Maru passed away on July 19 2007.

The CRPD was born with a simple question. Today it celebrates 10 years of inspiring persons with and without disabilities from all over the world to give rise to a morejust and inclusive society. 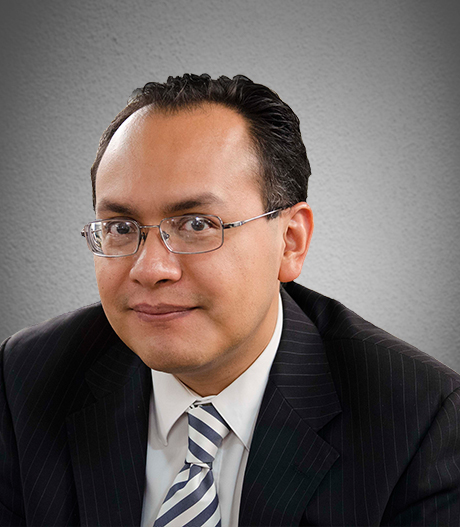 Andres Balcazar is a Mexico City based architect and consultant who has provided accessibility services for national and international private, public and non-governmental organizations.