The ADA is turns 30, but the built environment is still far from inclusive

While the ADA is not a building code or some kind of zoning that can be ignored via variance, its biggest impact by far has been on the civic realm. Buildings, streets, crosswalks, trains, buses, parks, natural trails, city halls, schools, malls, libraries and much more have been made more accessible because of the ADA’s adoption on July 26, 1990.

We still have a long way to go toward removing old barriers and approaching accessible design in a creative way, but we certainly are ahead of the game compared to the way life was before the ADA.

My wife and I are only in our mid 50s, but we remember many buildings at the state university we attended being totally inaccessible to wheelchair users in the mid-1980s. And some of the worst offenders were not old red brick halls from the early 20th century — they were modernist monstrosities of inaccessibility built not long before we went to college.

The ADA made things better, but it did not wave the magic wand. Despite billions in explosive real estate development that could have supported desperately-needed redesign and retrofitting, only a fraction of New York’s subway is accessible. Even the accessible stations often have broken down elevators — and what use is a system that has an accessible station near your apartment, but none close to where you work?

The New York City American Institute of Architects chapter dedicated virtually all of its recent Oculus quarterly publication to exploring issues of accessible design. Renown writers and experts in design, disability, shared vivid words and images on progress, challenges, pitfalls and trends. A topic important to our family was explored: how to create design that is so universal, so creative, so seamless, that it doesn’t look like institutional “ADA architecture.”

In a nearly four-decade career as a journalist, public policy researcher and marketer, I have worked with hundreds of architects, planners and designers. As an advocate for inclusive design, I see the self-fulfilling negative prophecy, from inception to epic failure. If the professional’s attitude is anti-ADA, their designs come out complicated, costly, confounding and non-compliant.

These same masters of their fields have awards on their walls for innovative projects that dealt with myriad fire, HVAC, flood, wind, life safety, commercial/residential building and zoning codes — all while being creative. But toss the ADA at those individuals and they feign that it is impossible to integrate human-friendly design into their master work.

When planning is done at the 11th hour for accessible entrances, hallways, bathrooms, offices, work spaces, break rooms, exercise rooms and more, nothing good will result.

This same ignorance and resistance is also found in street scape, corridor, sidewalk, transit stop and related mobility design. There are some great designers who serve wheelchair users and other people with disabilities, but it is amazing how many plans I’ve reviewed — even for complete streets aimed to calm traffic and serve all — that have needlessly introduced multiple barriers to people with disabilities.

That is why I am calling on all professional organizations that impact the built environment to celebrate the ADA. Millions of their members can be inspired to build beautiful, graceful, human-scaled design that will make life more equitable for people who have mobility, sight, hearing and intellectual disabilities.

This is not about special privileges. This is about removing the tens of thousands of barriers that continually make people with disabilities some of the most under- and unemployed of any minority group. Those unacceptable employment figures rarely are because of a person’s disability — they exist because even in the 21st century, the built environment makes it difficult for people with disabilities to access education, transportation, healthcare, recreation and housing, essential to finding work equal to their capabilities.

In fact, fewer than 1% of single-family homes in America are move-in ready for a wheelchair user, a staggering fact considering that over half of Americans live in single-family houses.

So, I am asking you — all who advocate for equality and work to build more inclusive cities — to stage an exhibit or observance that teaches your members about the ADA:

One in four U.S. adults live with some level of disability that impacts their daily lives. Millions of Baby Boomers are retiring soon and expecting to live into their 80s, many of whom will stop driving long before they die. For that reason alone, we need to ramp up our effort to ensure accessibility from the grandest concert hall to the most modest city park to the life-affirming rural nature trail to the essential corner grocery.

Anyone, in an instant, can join the disability community. That is why universal design and inclusive placemaking have an immeasurable intrinsic wealth.

The current slowdown and shut down of virtually all offices and organizations creates a fabulous opportunity. As work, sadly, dries up for an unknown period, those who impact the built environment and the professional organizations that represent them can work online to promote access for all.

We are living in the most partisan, divisive and frightened time in our nearly 250 years as a nation. Everyone has his or her idea of how we can begin to unify, heal, come together. Mine is to celebrate the ADA in the spirit of equity for all. 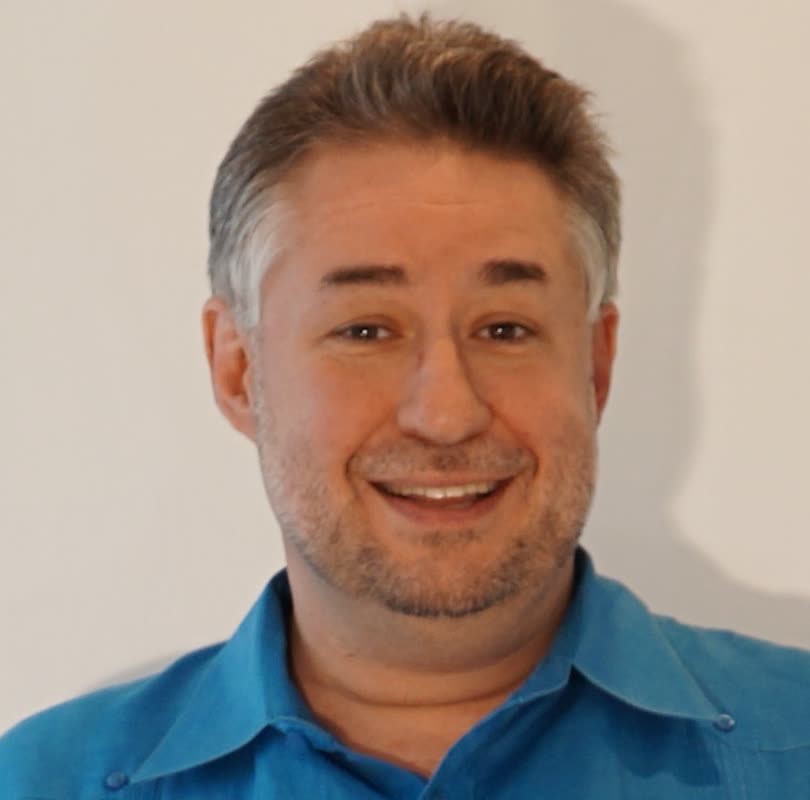 Steve Wright (@stevewright64) is a writer and disability rights activist. His byline has appeared in hundreds of newspapers, magazines and online publications. He blogs daily from his Little Havana home at: http://urbantravelandaccessibility.blogspot.com