On July 26, 1990, when President George H.W. Bush’s signature was drying on the Americans with Disabilities Act, a young Rutgers economics professor named Douglas Kruse was in a Colorado rehabilitation center, fighting to acclimate to his new life as a paraplegic.

Just six weeks before the landmark piece of civil rights legislation became law, Kruse and his wife, Lisa Schur, were minutes from Kruse’s parents’ Omaha, Neb., home, when their car was struck by a drunk driver. Kruse was thrown from the vehicle and suffered near fatal injuries that left him paralyzed from the chest down.

The couple could have allowed Kruse’s injury to devastate them. But instead, the pair of academics – Schur later joined Kruse in 1998 on the faculty at Rutgers University-New Brunswick’s School of Management and Labor Relations (SMLR) – have dedicated the last three decades to improving the lives of Americans living with disabilities.

“They had a strong and durable relationship beforehand. They’ve taken that strength and used it for good in all the things that they study,” said their SMLR colleague Joseph Blasi, who met the couple as undergraduates at Harvard 40 years ago, attended their wedding and was coauthoring a book with Kruse when the accident happened. “Lisa and Doug have always been very thoughtful, always trying to figure out how to make the world better. When this happened to them, they turned it into a way to make the world better.”

“When you take a labor economist and put him in a wheelchair, you’re going to get research on the economic effects of being in a wheelchair,” said Kruse, who in addition to his role as co-director of SMLR’s Program for Disability Research also studies employee ownership and profit sharing.

Thirty years ago, Schur was working on her dissertation at the University of California at Berkeley about women and unions. But the combination of her husband’s injury and the passage of the ADA inspired her to switch gears and focus on disability issues.

Kruse and Schur learned that lesson early on after Kruse’s injury, when they were making their new home wheelchair accessible. Most of the renovations were covered by Kruse’s auto insurance – ramps to the house, wider doorways and bathrooms. But insurance coverage ended when they got to the kitchen.

“The insurance company said, ‘You have a wife who can work in the kitchen and do all cooking and washing,’” said Schur. “It was sexism and disability discrimination. They never would have said that if I were the one in a wheelchair.”

“It just opened our eyes to the way people with disabilities get treated,” Kruse said.

An infuriated Schur marched into the office of the Trenton Times and asked if a reporter would write about their insurance battle. One front-page story later, their insurance company agreed to settle, allowing Kruse to cook in their ADA-compliant kitchen.

“That experience gave me a sense of, ‘Hey, we have rights here, and we have some way of fighting this,’” Schur said. “That was in the early days of the ADA when people were learning how to fight for accessibility.”

“It was like shooting fish in a barrel. I sent a letter to the chain and told them about our experience,” said Kruse. “I told them, I understand the ticket sales may not be worth it, but have you considered the cost of a lawsuit?”

Thanks to the ADA, stores, schools, buildings, public transportation and planes are now much more accessible to those with disabilities. The couple said they have seen a reduction in stigma toward those with disabilities, better representation in media and more students with disabilities in their classrooms. They are also excited to be part of a team of Rutgers-New Brunswick professors working to create a multidisciplinary disability studies minor at the university. Thirty years later, Kruse and Schur’s research has also brought to light ways in which the ADA has yet to level the playing field for those living with disabilities – especially when it comes to voting and employment.

Kruse and Schur’s research found 35.4 million Americans with disabilities were eligible to vote in the 2016 elections, while another 27 million people without disabilities resided with them, which together amounts to almost 28 percent of the entire electorate. But while millions of people with disabilities voted, their turnout was still 6 percentage points lower than that of people without disabilities, partly due to inaccessible polling places. Kruse and Schur have focused on how to reduce this stubborn gap, and this summer are producing new projections of the disability electorate for 2020.

“The disability voting block has been described as the sleeping tiger,” said Kruse, of the group’s potential to push for improved access to health care, the ballot box and jobs.  But for that to happen, this group – with many disparate disabilities among them – would need to see themselves as part of the same demographic. That has yet to happen, the couple said.

“I thought things were going to move faster than they have in society – that once the law was passed, and we could see some changes, that it was going to be progress from there on in,” Schur said. “It’s much more difficult than that – especially when you look at employment and poverty rates among people of color with disabilities. But I’m optimistic. We have to keep working. There is no other choice.” 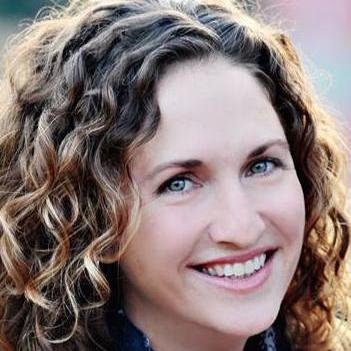