My experience navigating through the mental health hospital system

I clearly remember my very first psychiatric hospital admission. I was put on ITO (Involuntary Treatment Order) at the Princess Alexandra Hospital in Brisbane. I was bizarre; I was suicidal and spent at least a day and more in the Emergency mental health ward.

My belongings were locked away; I didn’t have much with me at all. I wasn’t allowed to use a phone, not even a pen and paper to write something on as I was on suicide watch.

My first admission was around three months in the Mental Health unit.

Because I was on ITO, I had to comply with all the medications they prescribed me.

I was nineteen years old (I’m 29 now), and this was my first experience dealing with mental health issues. I was also put on “Constance,” so everywhere I went – to the toilet, sleeping in my room, everywhere I went – I was followed and watched by a mental health nurse. This lasted for two months. I was really unwell. I couldn’t eat, I thought the food was poisoned – couldn’t shower myself and sometimes had “accidents” in my pants.

After the three months, a few days or so after my discharge, I was required to go to the Mental Health Tribunal. If I remember right, this particular meeting was to see whether I should still be placed on an Order or not. Luckily, the ITO label was taken off me.

But I remember the staff saying, it’s also straightforward to be put back on ITO if something happens.

There have been times I have been “Voluntary” as a patient. I would call the ambulance when I was suicidal, and I remember telling the paramedics, “Please put in your notes that I’m Voluntary”. 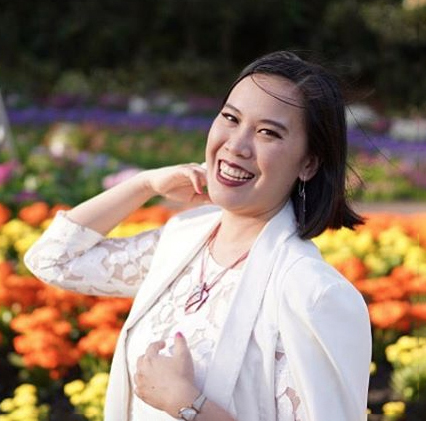 After being diagnosed with Bipolar Disorder Type I, Suzanne Dang has reached a point where she wants to give back to the community through her own advocacy efforts to be a positive role model and voice to those struggling with mental health issues. Suzanne crushes the stereotypes and taboos by speaking openly, honestly, and confidently about her experiences.