Life-saving and empowering wearable device for people with hearing disabilities

The product’s idea came out of my frustration when I was looking for a sound assistive device that a family member who is hard of hearing could use in order to be alert to life saving sounds and other important sounds like door knock, alarms, forced entry sounds like window breaking, items making sounds when falling and sound made when a glass breaks. Devices that were and are still available were expensive, not efficient, intrusive as they require surgery and available hearing aids have to be switched off when sleeping, some of the life-saving sounds happen while we’re sleeping.

Senso is a life-saving and empowering tool for people with hearing disabilities in their daily living and emergency services. People with hearing disabilities use the solution as an alerting device to life saving sounds and other important sounds like door knocks, alarms, forced entry sounds like window breaking, items making sounds when falling such breaking like glasses. Importantly, Parents with Hearing Impairments use the solution as a baby monitoring device for new-born babies.

Some of the challenges faced by the Deaf Community that we’ve come across during researches and focus groups include the loss of life by pupils at North West School for the Deaf in August of 2015 in South Africa, three pupils with a hearing disability died while they were sleeping because they didn’t hear an evacuation alarm. When thieves intrude a deaf person’s home for burglary, murder or rape, deaf person will not hear the alarm or forced entry sounds made by the intruder and take necessary steps to ensure safety. One of the family we’ve been testing with, due to genetic disorders, the majority of the household is deaf and because of this, thieves in the community have broken into that household countless times. Our device addresses this issue, as it’s designed to address lack of security and lack of alertness faced by such families. One of the challenges we came across was the scarcity of sound assistive device, according to the World Health Organisation, the current production of sound alerting devices meet less than 10% of global need, we aim to help reduce the high scarcity of sound assistive devices.

We ran focus groups and interacted with early adopters in 8 countries, feedback was used in product reiterations in order to make sure that the solution addresses the challenges faced by the Deaf Communities in different countries such as Rwanda, Ghana, Austria, Sweden, Switzerland, China, the USA, including South Africa. The patented product has evolved from ideation to proof of concept, to prototypes and to a lab tested solution that has passed statutory approvals for ICASA, a pre-compliance pass for FCC and filed patents. We’re currently setting up our assembly line and we plan to get into production in the last quarter of 2020. 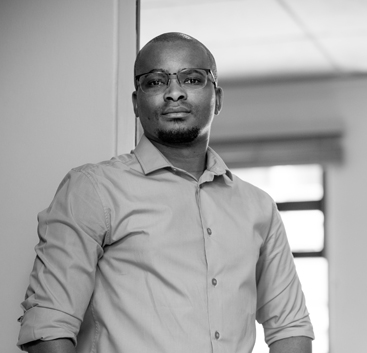 Zuko Mandlakazi was selected by the Africa Innovation Summit as one of the top 50 African Innovators. The Pioneers Festival invited him for product exhibitions and pitch. He’s been invited to the Eureka Innovation Week in Sweden and has participated in the internationally acclaimed The Venture Leaders in Switzerland.