Rainbow Mosho writes books that create a world where children feel safe and unique. Rainbow has published two books in less than 6 months. A third book will be published in June.

How can a 12-year-old artist and author in the autism spectrum be capable of illustrating every book and co-writing them with mom Yadira V. Calderon?

Rainbow states: “The last 12 months have been hard for everyone. But harder for many kids. Even harder for kids with disabilities. I have something  to say. My art expresses my emotions. I want other kids to relate to my experiences and find hope with my books.”

Yadira says: “What matters here is the reaffirmation that nothing is impossible and we can always find a solution. Our goal is to see our books as tools to support kids’ mental health.”

The first book, What I Gained and Lost During COVID19, was published in November 2020. This book is about survival, understanding it is OK to be sad and to realize life can be complicated. The priority is to learn to work out the existing challenges and accept the love your family can provide. This book was sent to Governor Lee.

The second book, Rainbow Rabbit Meets Oracle the Alphabet Creature published in March 2021 presents a unique alphabet. Yes, Rainbow had challenges with dyslexia and creating new creatures for the alphabet helped her overcome the challenges of learning how to read.

Presently, the authors live in Middle Tennessee. Both acknowledge the state has opened the doors to diverse experiences in the art world. Predominantly creating/working as an artist, Rainbow has participated in art crawls, self-support groups, art events on social media and in community events attending, as well as attending the Autism Observance Event at the United Nations and being a featured guest in the PBS documentary, Autism:  Breakthrough to Hope and the HOP.TV  reality show – Living Out Loud (ROKU).

Rainbow Mosho was born in Athens, Greece in 2008. She was developing like any other child. But at 30 months, she had a massive regression and autism became a part of her life. She loves dinosaurs, whales, and the Titanic. Dyslexia also challenged her. Thomais learned to readbetween 2016-2017 at almost 9 years old. Thomais paints, draws and runs daily.

In 2020, she created the COVID19 Art series to express the discovery of life and death, handling PTSD, greater meaning of family, and deep wisdom for a 12-year-old with autism. Her art has been exhibited in Tennessee, U.S.A. and Japan. Her creation Afro Power won 3rd Prize in the Fly Your Flag contest – organized by Kidizenship.

Both books are available on Amazon worldwide and on their website – https://autismhappykingdom.com/ 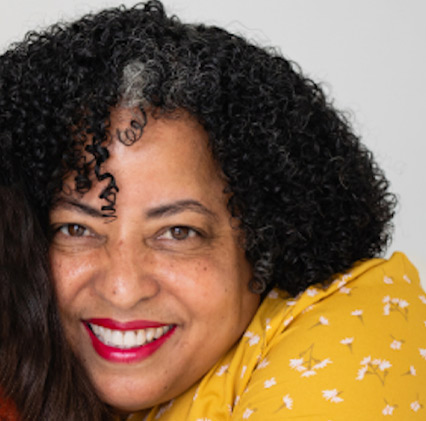 Yadira V. Calderon holds a M.A. International Relations and Diplomacy, speaks three languages and has lived in six countries, having travelled to another twenty- seven. Her friends know she is determined, persistent, positive, creative, open- minded and realistic. She believes these attributes and newly discovered ones prepared her to become the mother of Thomais.

Yadira has worked as Editor for Trade Publications – Food industry; Logistics- Cement Industry. Presently, she works as a substitute and supports various organizations in Middle Tennessee.