Daily living with my son with Down Syndrome

Theo is 10 with Down Syndrome. He had heart surgery as an infant and is particularly vulnerable to respiratory illnesses. He has ended up in the ICU with pneumonia multiple times, so we are taking the coronavirus seriously.

Since January (when the virus was first in the news) we have kept him off all buses and trains. From February, school field trips were cancelled, but we would have kept him at home those days if they were not.

Since schools closed at the end of February in Japan, we have been working from home to keep him out of afterschool care. However, we are also trying to strike a balance between caution and paranoia, knowing that he needs fresh air and exercise and some activities.

He has continued to take his weekly dance class, English class, and therapeutic play group. These classes are less than five children and are taking strict steps to prevent infection spread. We only go if we are able to make it there by bike so have missed quite a few because of rain.

We are bringing him to uncrowded parks and on walks once a day. We talk about the virus and explain that he cannot touch things outside. He’s not particularly good at stopping this, though.

We are constantly washing hands, etc. The school has send home health monitoring papers, so we are checking temperature, appetite, and other symptoms daily. We have upped his daily dose of inhaler, as well.

It looks like schools in Japan will reopen as usual in April. However, we will keep him home for the year-end and entry ceremonies. We may also keep him out of school at the beginning of the year for a few weeks if we feel like that’s for the best. I have been following the government policy and the numbers in Japan closely, but making our own decisions about how protective to be.” 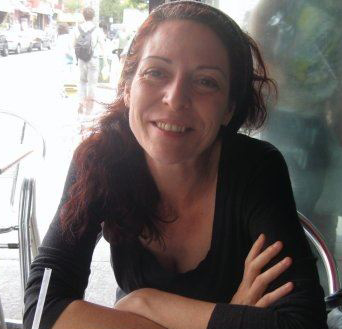 Born and raised in the US, Jenise Treuting lives in Tokyo with her son and husband. She is a Japanese-English translator who also dabbles in video essays. She spends most of her time these days trying to keep up with her kid.