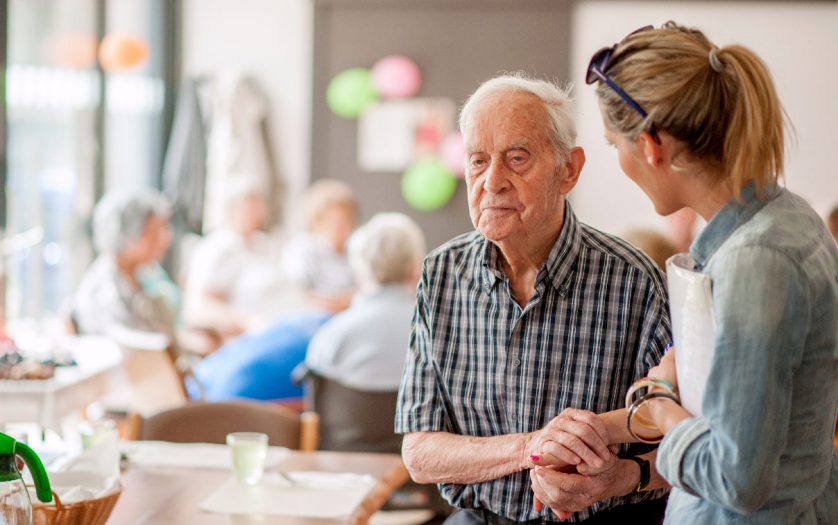 Aged care collapsing as phase two of pay case kicks off As the next stage of the HSU aged care work value case kicks off, a new survey reveals the sector is on the brink of collapse, with three quarters of workers warning they intend to leave within six months if they don’t receive a significant pay increase.

Aged care workers are paid as little as $22 per hour to care for patients with complex physical, emotional and cognitive conditions such as dementia. While the Fair Work Commission awarded an interim 15 per cent pay rise to direct care employees two weeks ago, the HSU is continuing its case for a full 25 per cent increase across the entire aged care workforce. Gerard Hayes, HSU National President will be joined by aged care workers to launch Aged Care Snapshot: The Brink of Collapse on the steps of the Fair Work Commission, 80 William Street East Sydney, at 845 on Tuesday. The survey of almost 2000 workers describes unbearable working conditions and a sector on the brink of collapse.

More than nine-in-ten (91%) say securing the full 25% pay increase is ‘extremely important’. • Three quarters (75%) say they are considering leaving the sector, if they do not receive a significant pay increase. • Of those considering leaving, most expect to do so “soon” or “in the next 6 months”. • Disability care is the preferred destination for the largest proportion of respondents (27%) followed by retail (12%).

HSU National President, Gerard Hayes said a full and comprehensive pay rise for the entire sector was “beyond urgent.”

“Aged care is on the verge of a mass resignation that will trigger the sector’s collapse. This is not a problem that can be solved by bringing in the army or phasing in a pay rise. We need an urgent injection of money into the bank accounts of workers. “Aged care workers cop abuse, pain and back breaking strain. They do some of society’s most unpleasant and demanding work. And until now they have been paid three-fifths of bugger all with pathetic job security.

“Enough is enough. The time for platitudes and reviews has passed. Our work value case is absolutely pivotal. Unless we want our elderly cared for by robots and fed frankfurts and jelly, we need to commit to funding a full pay rise for all sections of the aged care workforce.”