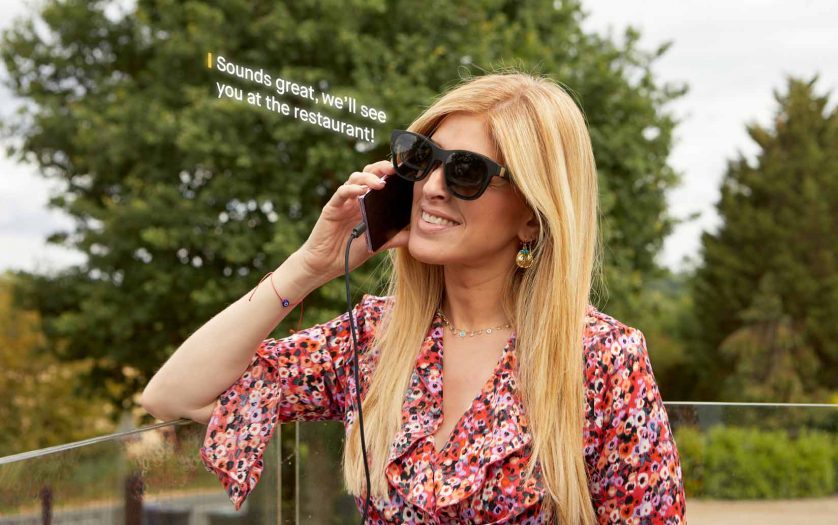 Users wearing phone-tethered augmented reality (AR) smart glasses can read the speech in real-time through closed captioning. The XRAI Glass software converts audio into a subtitled conversation version, which will then appear on the user’s glasses screen. The software’s sophisticated voice recognition capabilities can identify who’s speaking and will soon have the power to translate languages, voice tones, accents, and pitch.

XRAI Glass has formed a strategic partnership with consumer-ready AR glasses company nreal. The glasses will be purchased online by EE network customers for an upfront cost of £10 then £35 per month for 11 months, or at EE stores nationwide for non-EE customers for £399.99.

There are plans for wider rollout across other major devices and networks in the coming months.

During the public preview, the software will initially be available to a group of pilot users using the Google Play Store pre-flight experience. The trial period will last two months, and the team will continuously listen and learn from its users, expanding the software’s AI capabilities and intuitive properties to provide the very best service. In the future, the software will move beyond audio into a multi-modal transcription experience.

“We are so proud of the ability this innovative technology has to enrich the lives of people who are deaf and have a hearing disability, so that they can maximise potential, whether that means being able to have a conversation while continuing to make dinner or keeping a conversation going while walking with a friend.

“The scale of the opportunity is huge, and we want to thank our partners and advocates for their unwavering belief in the potential of XRAI Glass.”