Art workshop held for persons with intellectual disabilities in Jeddah 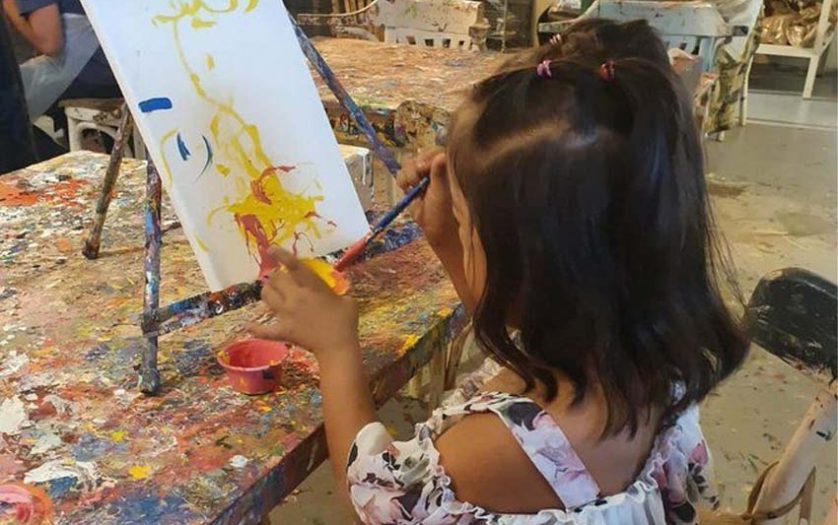 The two-day “Chromosome” entertainment and training program, hosting thirty children with intellectual disabilities to help them integrate into society, has concluded in Jeddah.

The event, for children between four and 18 years old, offered courses on pottery and canvas painting, reports Arab News.

According to Kawakib Al-Najjar, the event coordinator, the activities, held at the Arty Café and organized by the “Volunteers for Them” team, were planned to empower the participants to become independent and help them in the future.

“The children’s interaction was wonderful, from touching the material to designing the pottery shapes that were chosen for them, knowing that it is a skill that strengthens the muscles of their fingers and hands,” Al-Najjar said.

She added that caring for people and children with intellectual disabilities can benefit them and the wider society.

Discussions between the organizers and relatives of the children were also held as part of the program to encourage the families to teach their children crafts that can enhance their abilities and integrate better into society.

Al-Najjar stressed the importance of training and educating people with intellectual disabilities.

“All available psychological, social and behavioral (methods) should be considered to help these people overcome their difficulties and challenges,” she said, confirming that such courses can contribute to reducing hyperactive behavior and improving some accompanying behaviors, such as distraction and impulsiveness.”

“Previous experiences have revealed that teaching people with intellectual disabilities a certain craft can provide an external stimulus that compensates children for the weakness of their internal stimuli, which in turn leads to raising the rates of their adaptation to society and improving their ability to communicate,” she explained.