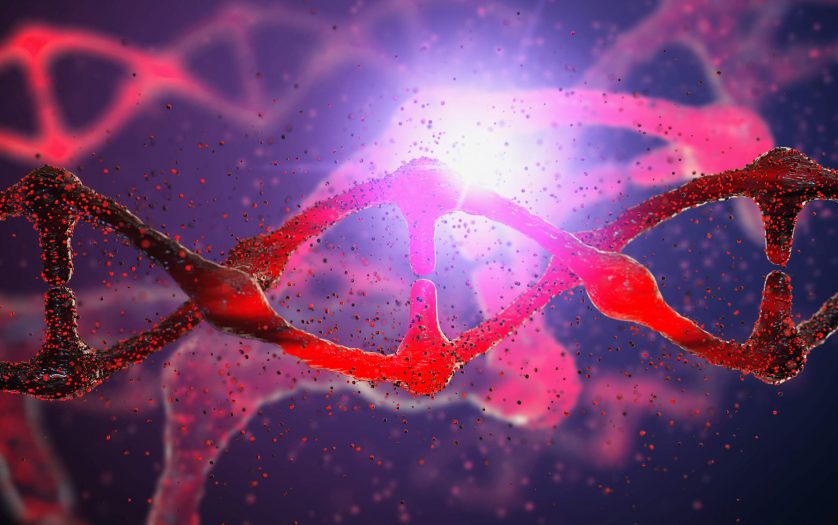 The causes of intelligence impairment or epilepsy remain unexplained in more than 50% of cases. Together with international colleagues, researchers at Leipzig University Hospital have discovered two genes with mutations that cause neurodevelopmental disabilities in children. Their findings have now been published in the journals Brain and The American Journal of Human Genetics.

Human geneticists at Leipzig University Hospital often undertake complicated searches when trying to explain developmental disability in children, because the cause is often not immediately identifiable. The earlier the onset of epilepsy or intellectual disability, for example, the more likely there is a genetic cause behind it. When investigating the cause, the experts look at the complete coding sequence of the human genome of the person affected. They can make a diagnosis in about 40 to 50 percent of cases.

If the cause is still unclear, research programs sometimes perform genome sequencing on the parents of the affected child. The result is then compared with the coded sequence of the young patient. Researchers then determine whether new genetic changes are detectable in the child, or whether there are hereditary causes and the parents have passed on their predisposition to their offspring. Sometimes, though, scientists also detect changes in a gene that has not yet been linked to a certain disease.

Two cases of developmental disability in children with unknown causes have recently been identified at Leipzig University Hospital and researched with the help of international scientific experts. In the first case, a critically ill child with early-onset epilepsy, developmental disabilities, and microcephaly was sequenced along with the child’s parents. The researchers, led by Dr. Konrad Platzer, found two genetic alterations in the so-called CHKA gene. This gene was not previously known to be a cause of disease. Using the GeneMatcher database, which is used by researchers worldwide to exchange information, the medical scientists in Leipzig found five other patients from four families with similar symptoms and the CHKA gene.

Researchers from the University of Halifax in Canada helped to establish the link between the change in the gene and the disease. The experiments confirmed that the enzyme cascade is restricted by the mutations in the gene, which prevents important membrane components from being built. As a result, the patients all have similar symptomatology—severe developmental delay, epilepsy, movement disorder and microcephaly. “The CHKA gene belongs to the Kennedy enzyme pathway. This is a process controlled by enzymes in which a specific membrane component is built step by step. In this pathway, there are some genes that are already associated with disorders such as epilepsy. As such, it stands to reason that another gene in such a pathway would trigger a similar phenotype. However, we would not have been able to prove this without the help from Halifax,” explains Dr. Platzer, a specialist at the Institute of Human Genetics at Leipzig University Hospital.

A team of Leipzig-based human geneticists led by Dr. Henry Oppermann have successfully solved the second case of a developmental disorder. In their study, aimed at identifying and characterizing gene alterations in rare diseases, they enrolled a young patient and were able to identify a mutation in the ATP2B1 gene as a potential cause. Thanks to international collaborations with the Netherlands, New Zealand, Canada, Israel, Italy, the U.S. and France, another twelve subjects with a mutation in the ATP2B1 gene and a developmental delay were found via the GeneMatcher database.

Together with the working group led by Professor Michael Schaefer, Director of the Rudolf Boehm Institute of Pharmacology and Toxicology at the Faculty of Medicine and Professor Frank Gaunitz from the Department of Neurosurgery, the scientists investigated the influence of the mutations on the function of ATP2B1. The gene encodes a calcium pump that transports calcium ions out of the cell. Calcium is an important signaling molecule for neurons, since one of the things it controls is the release of neurotransmitters and synaptic transmissions. This means it is important for learning processes and the storage of sensory perceptions in memory. The experiments showed that the mutations in the subjects did indeed impair the pumping capacity of ATP2B1 and were thus causative for the developmental delay. “In summary, we were finally able to solve the Leipzig case and for the first time describe mutations in the ATP2B1 gene as a new cause of developmental delay,” says Dr. Oppermann.

The study findings from Leipzig will be of practical benefit to physicians around the world. The new genetic variants that have been identified as causes of developmental disorders have been added to international databases such as Clinvar. There, all doctors can check whether their patients have comparable changes in their genetic make-up and whether disease symptoms match.