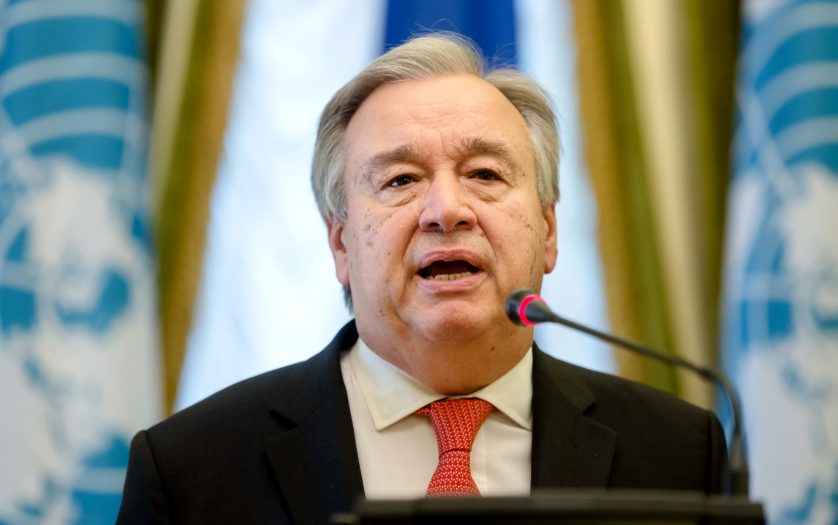 We have the tools to end the “systemic marginalization” of persons with disabilities, the UN chief told the 15th Conference of States Parties to the Convention on the Rights of Persons with Disabilities on Tuesday.

“Together, we can make sure that every person…can fully participate in every aspect of life – social, economic, cultural, and political”, said Secretary-General António Guterres, adding that “we can, and we will, advance our common future.”

He hailed the progress driven by the disability convention as being “broad, swift, and tangible.”

Persons with disabilities should have full access to the same services and freedoms as everyone else. Follow the UN COSP conference on #disabilities to see how your country plans to take action. — UnitedNationsEnable (@UN_Enable) June 14, 2022

“With 185 ratifications since its adoption in 2006, the Convention has crystallized the commitment of the international community to realize an inclusive, accessible, and sustainable world for all”.

Mr. Guterres noted that 92 per cent of States Parties has adopted national disability laws, more than 60 per cent have taken actions to prohibit discrimination in the labour market, nearly 90 per cent have passed laws protecting the rights of children with disabilities to education, and the percentage of countries with school materials supporting the inclusion of students with disabilities has more than doubled.

Unfortunately, the UN chief said, that progress has been overturned by the COVID-19 pandemic, which has exposed existing inequalities and given rise to new threats.

This is also true in armed conflicts, the Secretary-General said, pointing out that “persons with disabilities are often unable to flee the violence and do not receive adequate humanitarian support.”

“Embracing the promise of technology means closing the digital divide; expanding accessibility and inclusivity; and better protection for people against its perils”, he said.

Second, is to promote economic empowerment and entrepreneurship to advance the participation of persons with disabilities in the labour market on equal terms.

Finally, he called for progress in the climate action arena.

“Persons with disabilities are two to four times more likely to die during hurricanes, tsunamis and other natural disasters,” he pointed out.