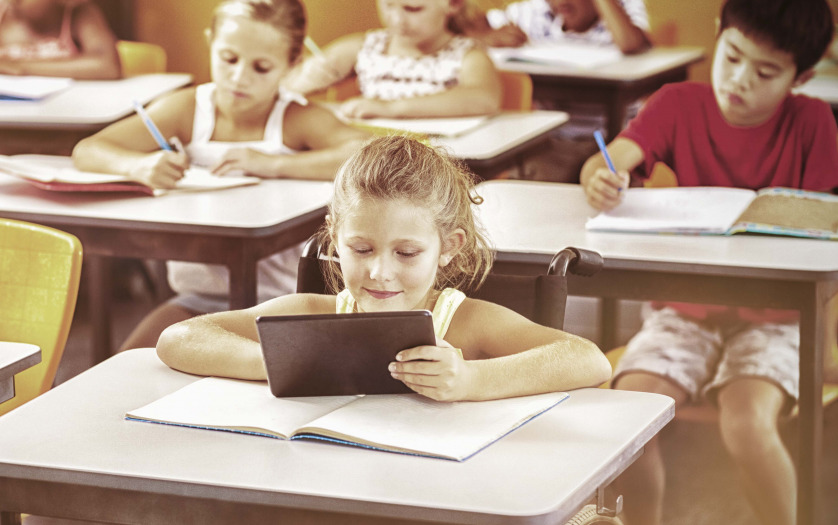 The Department of Justice announced today that the Pennsylvania Department of Education (PDE) has fully implemented its settlement agreement with the United States to stop the unlawful placement of students with disabilities in PDE’s statewide system of alternative education programs, known as Alternative Education for Disruptive Youth (AEDY), and to ensure equal educational opportunities for English learner students in AEDY.

“No student should be excluded from the chance to learn because of a disability or language barrier,” said Assistant Attorney General Kristen Clarke of the Justice Department’s Civil Rights Division. “Under this agreement, Pennsylvania has laid the groundwork for lasting change and advanced the crucial goal of educational equity for students with disabilities and English learner students. We commend state officials for working with the Department of Justice to ensure students with disabilities and English learners receive the legally required support they need to participate equally in schools.”

“Federal law does not allow schools to discipline students because of their disability, or to deprive them of an opportunity to learn English,” said U.S. Attorney Jennifer Arbittier Williams for the Eastern District of Pennsylvania. “I commend PDE for abiding by the agreement and ensuring that students with disabilities and English learners are not prevented from learning opportunities afforded to other students.”

“Pennsylvania has taken substantial steps to ensure that children are not placed in an alternative disciplinary program simply because they have a disability,” said U.S. Attorney John Gurganus for the Middle District of Pennsylvania. “We congratulate the Commonwealth for implementing numerous changes to improve the education of children with disabilities and provide opportunities to English learners.”

“We recognize and appreciate that the Commonwealth of Pennsylvania has demonstrated a commitment to implement its settlement agreement by enacting reforms which ensure that all students have an equal opportunity to learn,” said U.S. Attorney Cindy Chung for the Western District of Pennsylvania.

The settlement agreement resolved a Justice Department investigation under Title II of the Americans with Disabilities Act, which prohibits state and local government entities, including public schools, from discriminating based on disability. The agreement also addressed noncompliance with the Equal Educational Opportunities Act of 1974, which prohibits a state from denying equal educational opportunity based on national origin by failing to take appropriate action to overcome language barriers faced by students.

The investigation was initiated following a complaint by the Education Law Center, and was conducted jointly by the Justice Department’s Civil Rights Division and all three U.S.  Attorneys’ Offices in Pennsylvania.

Under the settlement agreement, PDE implemented new monitoring systems to help ensure that students are not placed in AEDY in a manner that discriminates based on disability; that they are not denied equal educational opportunities; and that students with disabilities are transferred back to their home schools in a timely manner. Specifically, actions required by the settlement agreement included:

PDE coordinated with the Pennsylvania Training and Technical Assistance Network, which provided important assistance in effectively implementing the agreement and to supporting students across Pennsylvania. PDE also implemented measures to ensure English learner students receive appropriate language assistance services in AEDY. After monitoring PDE’s compliance with the agreement, the United States determined that PDE was in substantial compliance. As a result, monitoring ended on May 31, 2022.